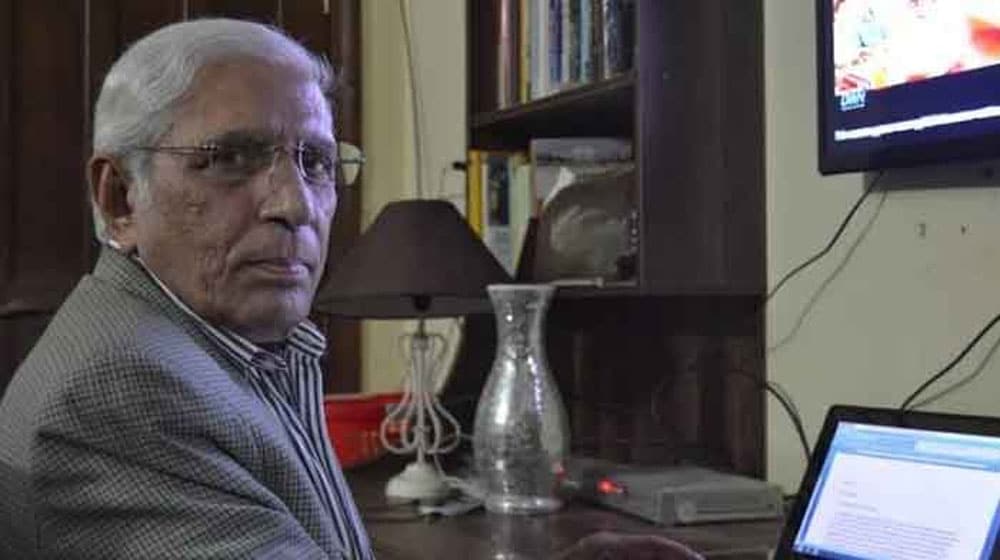 Veteran journalist Muhammad Ziauddin has passed away at the age of 83 after a prolonged illness. He breathed his last at his Islamabad residence on Monday morning, according to his family.

Ziauddin was regarded as an icon of journalism. Born in 1938 in Madras, India, he migrated to Pakistan in 1952 at the age of 14. He became a journalist when he was 23 and continued working in this field until the last days of his life.

Ziauddin had an illustrious career spanning over 60 years. He served as the editor of Dawn, The News International, and The Express Tribune.

He also served as the Assistant Secretary-General for the Pakistan Federal Union of Journalists, and later on as the President of the South Asia Free Media Association from 2002 to 2006.

Condolences poured in from the journalism community as soon as the news of his demise went out.

Senior journalist Muhammad Ziauddin has passed away in Islamabad after prolonged illness. He was 83 years old. In his illustrious career spanning 60 years Ziauddin Saheb wrote extensively for all leading newspapers of Pakistan including @thenews_intl @dawn_com & others. pic.twitter.com/Y0E6svZtah

SHOCKED: Family of M Ziauddin Sb confirmed he had passed away. MY Longtime colleague, friend, fellow. I hv years of memories about him, his greatness, humility, honesty, strength.He believed in himself and his trusted friends, NEVER CORRUPT. GOD PL RIP. WILL WRITE IN DETAIL SOON

Veteran and one of the most outstanding journalist of Pakistan M. Ziauddin Ahmad has passed away. He was an iconic figure and a guide for all the young journalists. May Allah give his family strength to bear the loss.