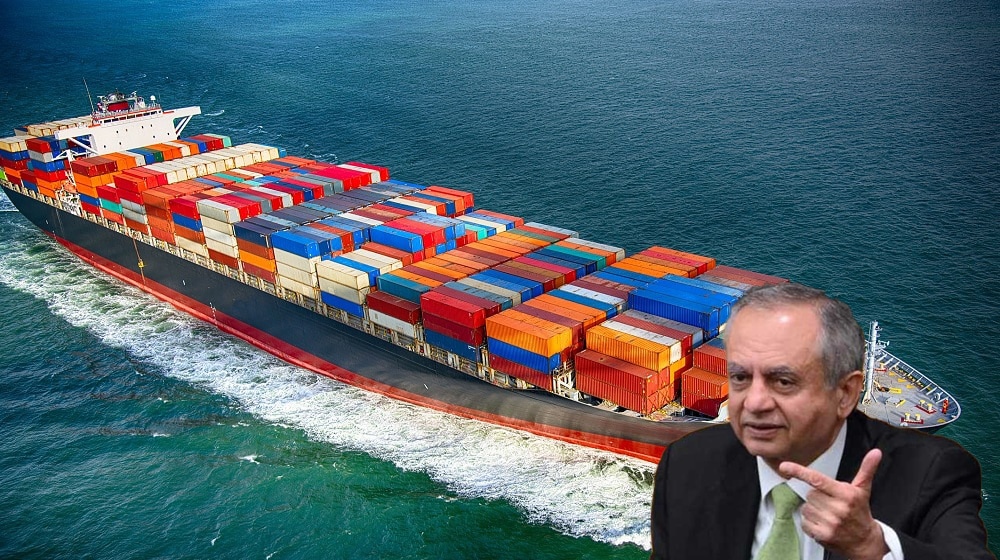 Pakistan’s exports of goods have reached their highest level during November 2021.

According to the Advisor to the PM on Commerce, Abdul Razak Dawood, exports have soared 33 percent to a historic monthly high of USD 2.903 billion, breaking year-over-year records by a long haul.

The Commerce Advisor tweeted that exports skyrocketed to USD 2.903 billion as compared to USD 2.174 billion last year, while the target for the period under review was USD 2.6 billion.

We are glad to inform that 🇵🇰 Pakistan’s exports during Nov 2021 increased by 🔼 33% to a historic monthly high of USD 2.903 billion as compared to USD 2.174 billion during the corresponding period last year. Our target for the month was USD 2.6 billion.

Dawood explained that during the first five months of the current financial year, Pakistan’s exports have increased by 27 percent to USD 12.365 billion as compared to USD 9.747 billion during the same period last year. “Our target for this period was USD 12.2 billion,” he added.

Regarding the availability of trade deficit and import data, the Advisor also wrote, “The data on imports is being analyzed and will be shared shortly.”

Notably, the official figures for imports and trade deficit are yet to come. Pakistan Bureau of Statistics (PBS) also has yet to release the official import, export figures.

Subsequently, economic analyst, A.A.H Soomro, commented on Dawood’s revelation. He exclaimed, “Good News: A 33% YoY growth in Exports to $2.9b for November & 27% growth in Fiscal Year is a game-changing direction. Flexible PKR helped along with competitive energy rates”.

Good News: A 33% YoY growth in Exports to $2.9b for November & 27% growth in Fiscal Year is a game-changing direction.Flexible PkR helped along with competitive energy rates.@StateBank_Pak needs to come up with TERF 2.0 with equitable & value-adding covenants. No complacency. https://t.co/QVrTfLypPM

While commending the good news on exports growth, Soomro also suggested to the State Bank of Pakistan to come up with another Temporary Economic Refinance Facility, which offers equitable and value-adding covenants.