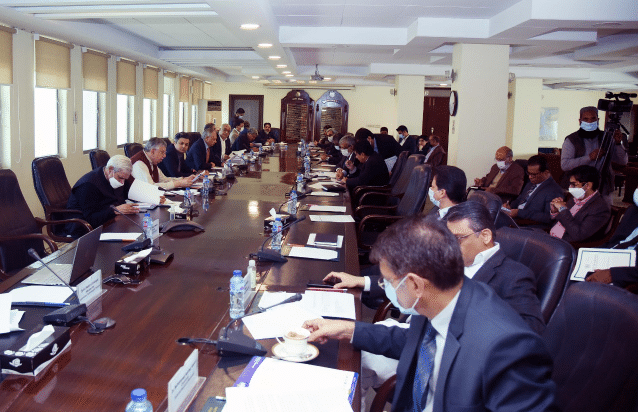 The government expects the pressure on trade bill to ease up in the second half of the current fiscal year, owing to reduced import of food items, furnace oil, and coronavirus vaccine.

This was revealed during a meeting chaired by the Advisor to the Prime Minister on Finance and Revenue, Shaukat Tarin, on Thursday to review the balance of trade situation.

The meeting reviewed and discussed the import bill for the last five months—July to November 2021. It was informed that the pressure on import bill was mainly due to global high commodity prices, especially energy, steel, and industrial raw materials. The forum noted that the high import of vaccines contributed significantly to the rise in import bill.

The meeting was informed that there will be less import of food items, furnace oil, and vaccines in the coming months that will significantly reduce the pressure on trade bill in the second half of the current fiscal year.

At the conclusion, Tarin advised the concerned authorities to take effective policy measures to reduce unnecessary imports of luxury items.

It is pertinent to mention here that Pakistan’s trade deficit widened by 162.4 percent during the month of November. The trade deficit increased for the fifth successive month in November, rising to $5.107 billion.

In the first five months of the current fiscal year, the trade deficit has increased by more than 117.25 percent. November’s import bill surged to an all-time high of $8.01 billion, up from just $4.12 billion over the corresponding month last year, representing an increase of 94.41 percent.