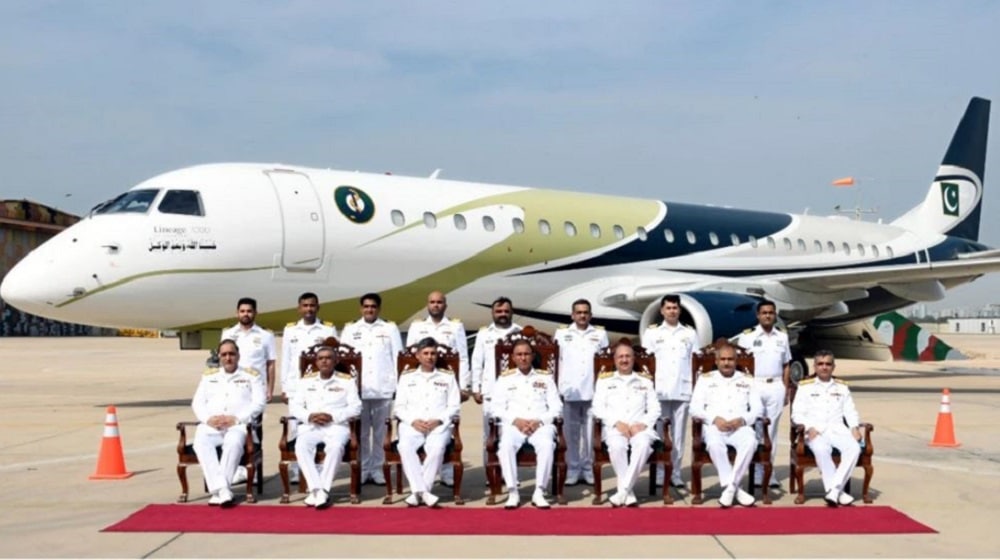 Known as the “Sea Sultan,” the state-of-the-art twin-engine aircraft is a variant of a private jet originally manufactured by Embraer, the Brazilian multinational aerospace company, which is utilized in air operations worldwide.

Under the contract, Paramount Group is required to install torpedos, depth charges, anti-ship missiles on three private Embraer jets to convert them into the Embraer Lineage 1000 LRMP and ASWA jets. The South African firm has procured the equipment for the jets from Leonardo, the Italian company specializing in aerospace, defense, and security.

Pakistan Navy plans to add 10 commercial jets after conversion into Embraer Lineage 1000 jets to its fleet as it wants to replace its US-made P-3C Orion anti-submarine and maritime surveillance (ASMS) aircraft to consolidate its defensive capabilities.

More About the Jet