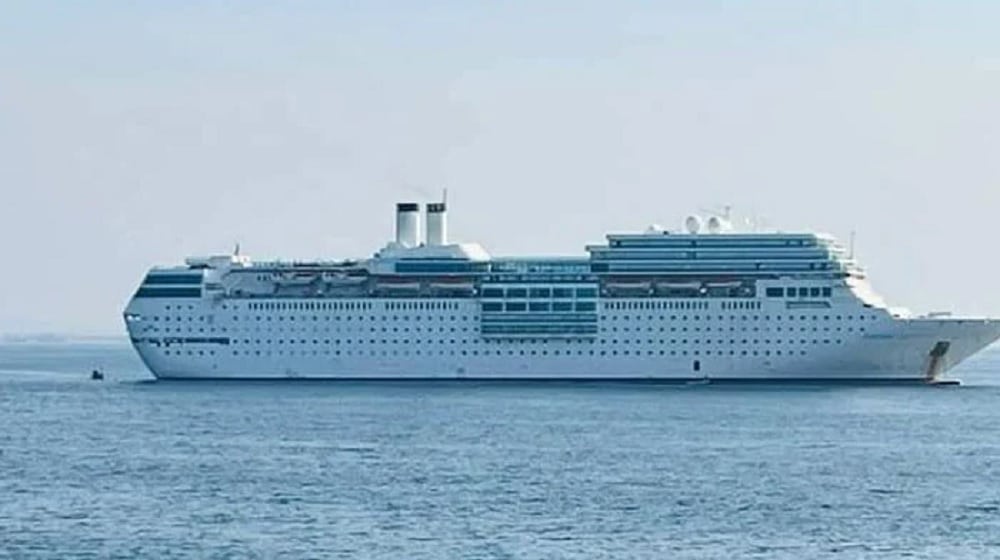 The Special Assistant to the Prime Minister (SAPM) on Maritime Affairs Mahmood Moulvi announced on Tuesday that a 14-story 1200-room cruise ship that had entered Pakistani waters last week will be dismantled at the Gadani ship-breaking yard.

He dismissed social media reports claiming that the Ministry of Maritime Affairs has denied the owner of the Italian-made cruise liner permission to use the ship for ferry service or as a hotel.

“This ship was purchased for scrap,” the SAPM clarified in a video statement.

He said that the cruise ship was bought for Rs. 2 billion and brought to Pakistan to be destroyed, after which it would be sold as junk. Moreover, the contract under which the ship was allowed to enter Pakistan would be scrapped.

He also added, “Our policy is quite clear. Whoever wants to bring a ferry to Pakistan can bring it, we will give permission”.