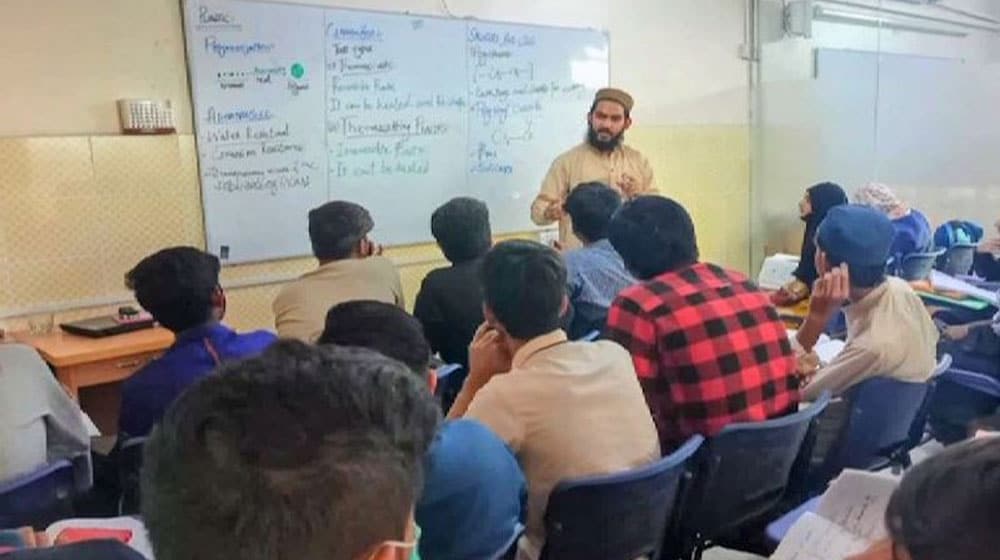 A NED graduate has transformed a madrassa in Karachi into a science and Information Technology (IT) institute.

Established in a madrassa building in the provincial capital’s Martin Quarters area, the institute offers madrassa, school, and IT education under one roof seven days a week.

Syed Najamuddin Seharwardi, the owner of the institute called “Off the School,” told Samaa News that he had started coaching classes in a room of the madrassa when he was graduating from the NED University in 2011.

“Gradually, the location transformed into a complete educational institute for girls and boys, where students from kindergarten to intermediate receive conventional and modern education,” Syed Najamuddin said.

The kindergarten students get tuition from 12 pm to 3 pm, while students from sixth grade to matriculation are taught in the next shift.

Najmuddin said that the school runs for 14 hours a day as intermediate students of science and commerce groups take coaching classes from 6:00 pm to 9:00 pm.

“We focus on providing quality education at a nominal fee,” Najamuddin said, adding that the students are not required to wear any uniform or spend money on other things.

Besides traditional education, the institute also offers academic courses in IT, programming, web development, and languages such as Persian and Arabic.

“IT courses taught to university students elsewhere are being offered to school children of class six and above,” he said.

He added that most of the teachers at his institute are graduates from NED or other leading universities.