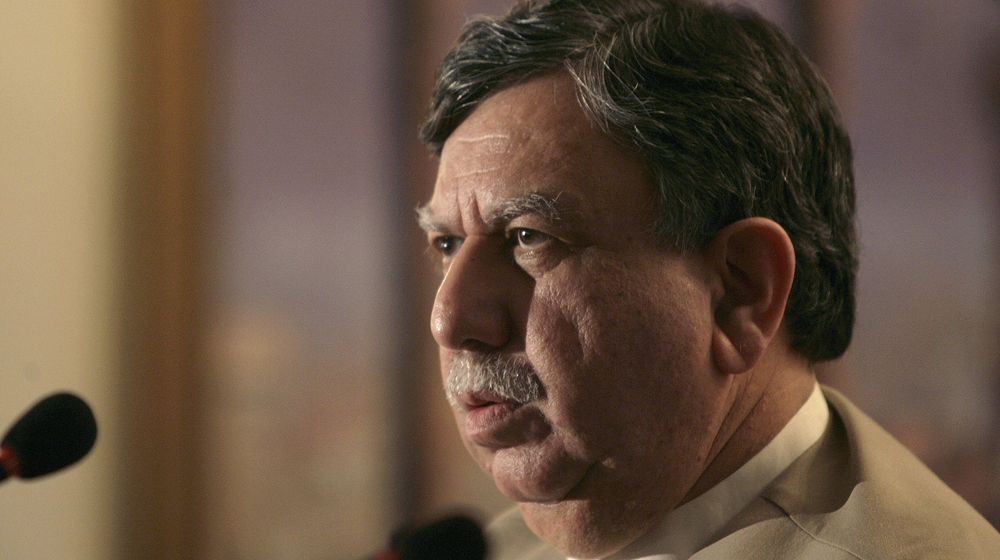 Adviser to the Prime Minister on Finance and Revenue Shaukat Tarin will likely take oath as a Federal Minister tomorrow in Islamabad.

According to an official of the Finance Ministry, Shaukat Tarin will most likely be sworn in as Federal Minister tomorrow at Aiwan-e-Sadar. President Dr Arif Alvi will administer the oath.

Yesterday, Shaukat Tarin took oath as a senator during the ongoing session of the Upper House. It is pertinent to mention here that Tarin was appointed as the finance minister in April during a cabinet reshuffle. However, the government later changed his portfolio to that of a finance advisor as he needed to be elected to parliament in order to continue as a minister for longer than six months.

To fulfill the requirement, Pakistan Tehreek-e-Insaf’s Ayub Afridi resigned from the Senate to make way for Tarin as a member of the Parliament.

On Monday, Tarin was elected as a Senator in the by-election for a general seat of the Senate from Khyber Pakhtunkhwa. It was important for Tarin to get senatorship, as per law, only members of parliament can present the budget in the House.

The government is also set to present a mini-budget before the parliament next week to generate an additional Rs. 350 billion during the current fiscal year. Under the draft of the mini-budget, the government is likely to withdraw General Sales Tax (GST) and slap a standard rate of 17 percent on import of essential consumable and industrial goods. It has also planned to increase power tariff, slash the Public Sector Development Programme (PSDP) by Rs. 200 billion and the non-development expenditure of the current fiscal year by Rs. 20 billion.

The official also said that the government will get approval for the proposed mini-budget and State Bank bill from parliament before the scheduled meeting of the Executive Board of the International Monetary Fund.

The board meeting is expected on January 12, 2022, in Washington if Pakistan indicates positively on the implementation of the prior actions. The government has a plan to follow the agreed lines of action in this regard. Moreover, the official said that the government has no plan to issue a presidential ordinance for introducing both the mini-budget and SBP autonomy bill.

The proposed mini bill and SBP bill will be presented in Cabinet for approval and then in the parliament within the time frame agreed with IMF.

The Federal Board of Revenue has almost completed the draft of the minibudget which proposes new taxes worth around Rs. 350 billion, through withdrawal of tax exemptions mainly from sales tax on imports.

On the other hand, the opposition is also indicating that it will give a tough time to the government in parliament on mini-budget. They believe that the mini-budget will bring a storm of inflation in the country and add to the miseries of the common man.

According to the numbers in the parliament, the PTI government has enough numbers to pass the bill if all its members and coalition parties extend full support in this regard.