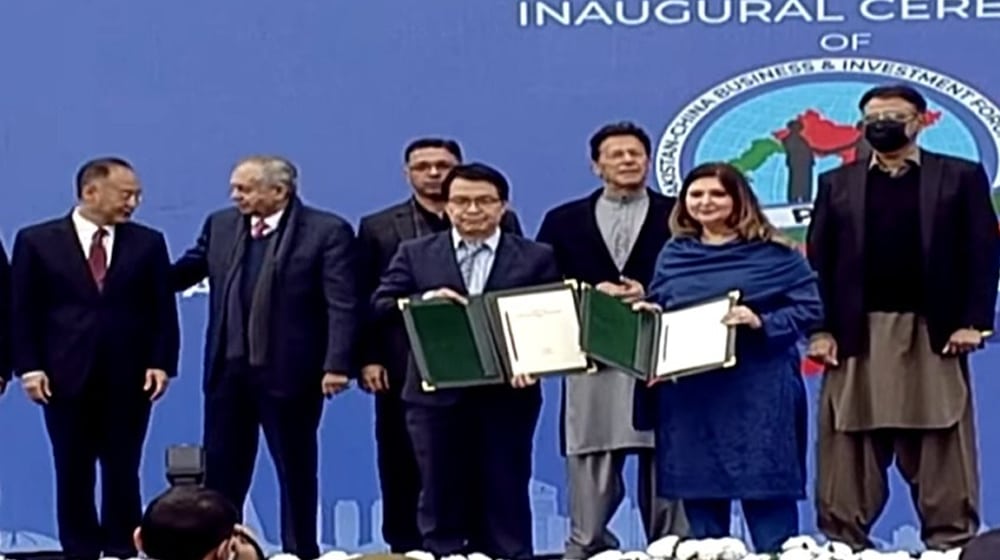 The forum has been formed as a combined effort of the Board of Investment (BoI) and the All-Pakistan Chinese Enterprises Association (APCEA). All the concerned parties are expected to work toward exchanging valuable information and fostering collaboration between businesses in the two nations, thereby opening up new areas of cooperation.

The forum comprises 18 Chinese and 19 Pakistani firms with a goal to promote long-term investments, exports, and modern technology development in Pakistan.

While addressing the launch ceremony, the premier bemoaned how smaller countries have fared better in terms of exports than Pakistan has. He stated that Pakistan has not been progressing in the IT industry but the sector has increased its exports in a year with minimal incentives.

Discussing Pakistan’s exports base, PM Khan admitted that it is ‘‘painful’’ to see the country struggling to bolster its export base as compared to other countries with smaller economies. “How can a country move forward, if it doesn’t export,” he lamented.

Pakistan’s trade deficit notably widened 100 percent during the first half of the current financial year 2021-22 due to a relentless increase in imports.