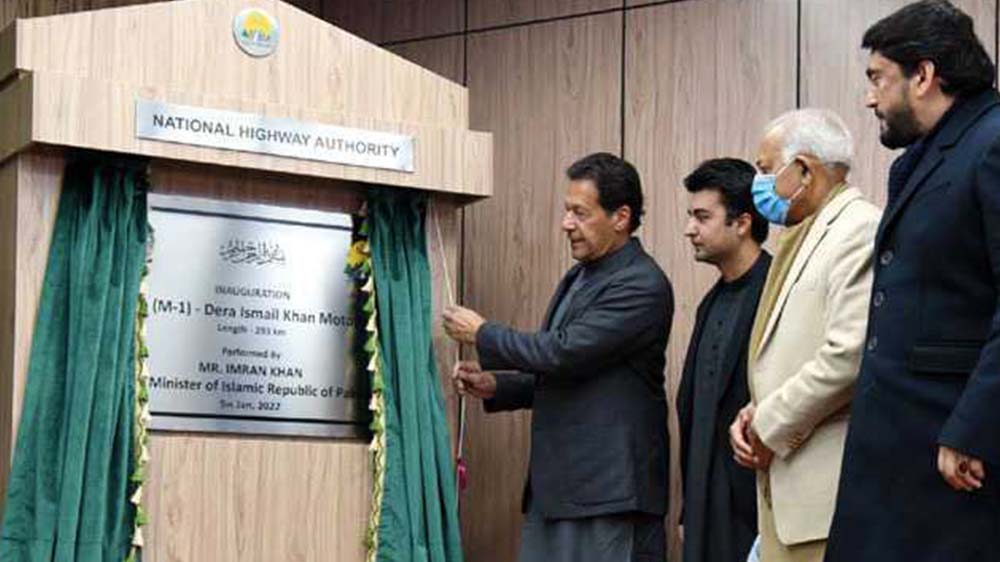 Prime Minister Imran Khan has inaugurated the Hakla-Dera Ismail Khan motorway at a ceremony in Islamabad. The project was started in 2016 and has completed in 5 years after its approval from the Executive Committee of the National Economic Council (ECNEC).

Addressing the event, the premier stated that this motorway will bring prosperity to the backward areas that were neglected in the past by the former government.

Imran Khan pointed out that regardless of inflation, PTI led government has completed the road infrastructure projects at less cost as compared to the former regime. He said the revenue of the National Highway Authority (NHA) has also increased after eliminating corruption.

PM Imran said the eastern route of China Pakistan Economic Corridor (CPEC) has seen the most development while other backward areas were left far behind. He added that long-term planning is essential for any country to progress further.

The lack of facilities forced people residing in Mianwali and Dera Ismail Khan to move to developed cities. The motorway will surely upgrade the living standards of the people living in these areas.

The newly built 293-kilometer-long motorway will significantly lessen the travel distance and duration, along with encouraging new developments in the area. The development will also facilitate the transportation of agricultural products to big markets.

PM Imran said his government had achieved the target of five years within three years. Construction of dual lanes per kilometer now stood at around Rs. 111 million while the previous government spent Rs. 118 million per kilometer. Whereas, the four-lane cost per kilometer was currently Rs. 170 million compared with Rs. 370 million spent by the past government.

As per PC 1, the total expense of the project was Rs. 122 billion while the acquisition of land, properties compensation, and shifting of utilities cost another Rs. 11.93 billion.