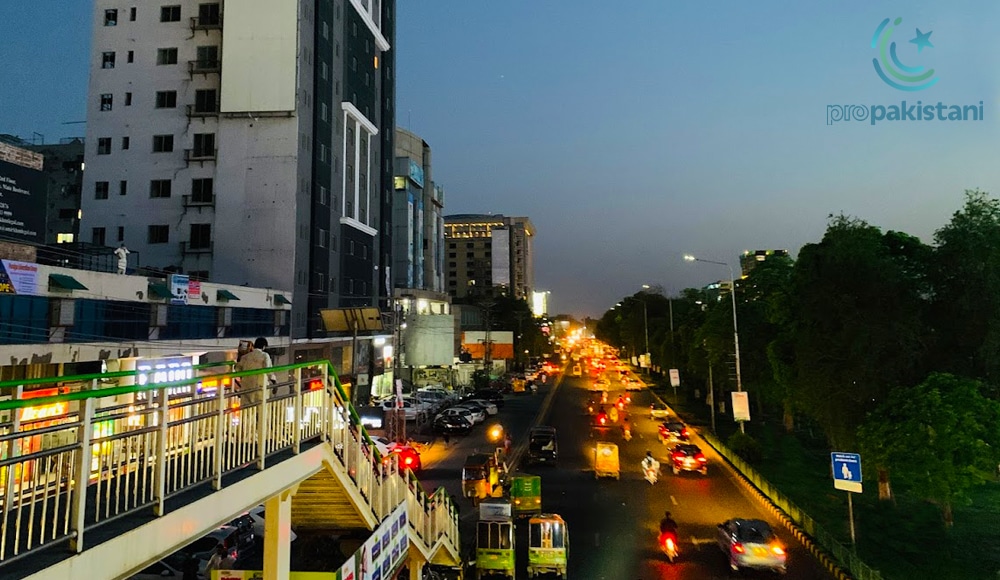 The Punjab Government has finally taken notice of the inescapable traffic jams in Lahore, as it has recently announced to build a signal-free corridor from Centre Point Gulberg to Defence Housing Authority (DHA) to ease the traffic flow for citizens.

ALSO READ
Rawal Chowk Flyover Will be Ready in February 2022

The corridor project has been approved by Chief Minister Sardar Usman Buzdar and prepared by the Lahore Development Authority (LDA).

A one-way fly-over will be built at Ghora Chowk, Cavalry Ground, and an underpass will be constructed at Khalid Butt Chowk. The initial corridor will offer a non-stop, signal-free route from Gulberg to DHA.

A three-lane single-sided flyover will be constructed on Ghora Chowk, starting from Cavalry Ground to Defence turn. While a two-way underpass along with a four-lane dual carriageway will also be built at Khalid Butt Chowk.

The estimated cost for constructing a new U-turn at Center Point Gulberg, along with rebuilding Walton Road and Defence Mor is about Rs. 800 million.

To obtain the funds for this project, the Chief Minister has advised Standing Cabinet Committee on Finance to list it in the annual development program.

Furthermore, the committee has approved the inclusion of a budget amounting to Rs. 2.80 billion in the annual development program of the current financial year for this project.

The construction of this corridor will significantly improve the flow of traffic during rush hours, as it previously caused great trouble for the majority of the motorists including office workers and students.