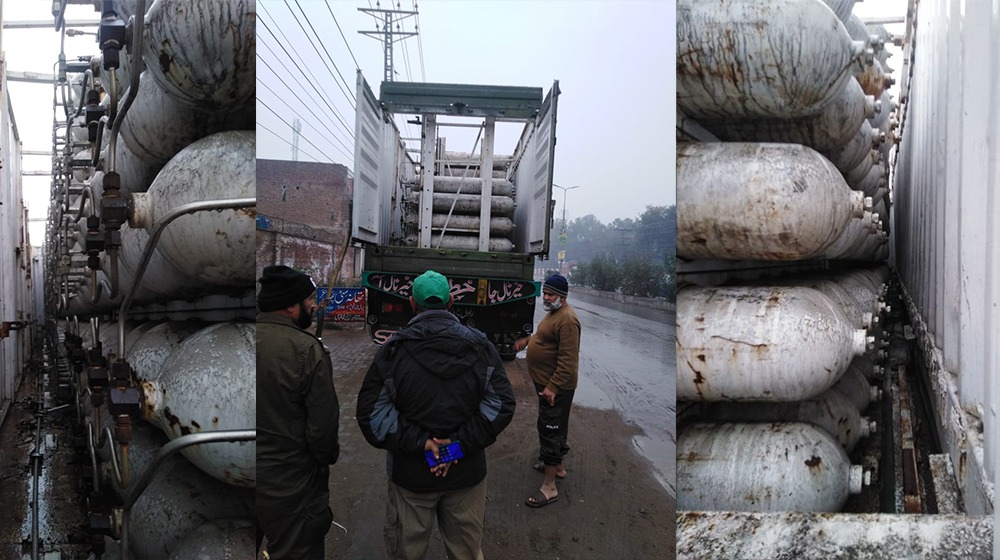 An official of the Sui Northern Gas Pipeline Limited (SNGPL) was injured in a firing incident that happened after the gas company raided a CNG station in Phool Nagar.

According to details, the SNGPL Lahore region, in coordination with the Head Office Task Force, raided A-One CNG Station, Phool Nagar on January 5 night, as the consumer was allegedly stealing gas by tampering meter.

The raiding team found that the consumer was stealing gas and tampering meter by applying magnets on the meter body. The pilfered gas was being filled in 270 CNG cylinders in a heavy trailer. The trailer was taken into custody by the police of Police Station Phool Nagar City.

Due to theft of gas, the subject meter was disconnected from the site and the service line was capped. On the way back to the office, the accused chased SNGPL vehicles carrying the meter, damaged two company vehicles, and also opened fire on the vehicles and personnel, injuring the company’s employee named Kashif Saeed.