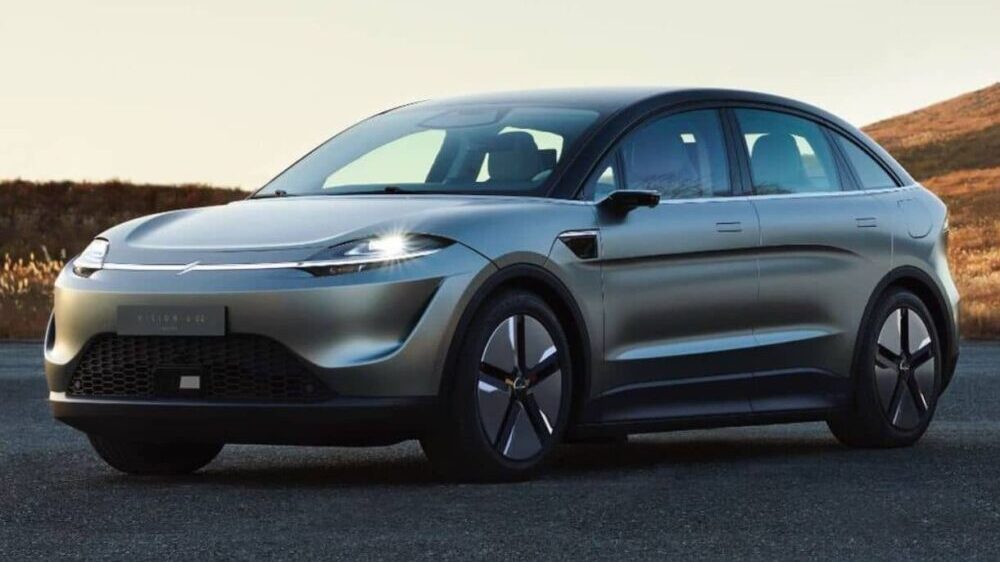 With the modern electric vehicles (EVs) gradually becoming smart devices on wheels, the actual smart device manufacturers are being drawn to compete in the global car industry. Sony made waves across the tech and car industries in 2020 by revealing their Vision S-01 EV concept sedan at the Consumer Electronics Show (CES).

At the time, Sony claimed that it had no intentions to produce and sell its electric sedan and that they only plan to offer autonomous driving solutions to other automotive marques. However, this year, the Japanese tech giant has embraced the hype and is planning to enter the market soon with the Vision S-02 crossover SUV concept.

It is a compact all-electric seven-seater crossover SUV. It competes with both Tesla Model X and Model Y as it has seven seats yet it is the same size as the latter.

Sony claims that the vehicle is fitted with two electric motors that send 536 horsepower to all four wheels, but did not reveal the details regarding the battery pack, electric range, features, and price of the vehicle. It is also being speculated that — given its stature — the Vision S-02 will be positioned to compete with the Tesla Model Y.

Sony is also developing an advanced autonomous driving system for the Vision S-02 which will incorporate features such as Sony’s always-on connectivity with 33 sensors, COS-MOS, Solid-State LiDAR sensors, radar, and time-of-flight cameras. Sony has dubbed the system “Safety Cocoon”.

The exact launch date is unknown at the moment, but Sony has mentioned a launch window of Spring 2022, under the marque Sony Mobility Inc.