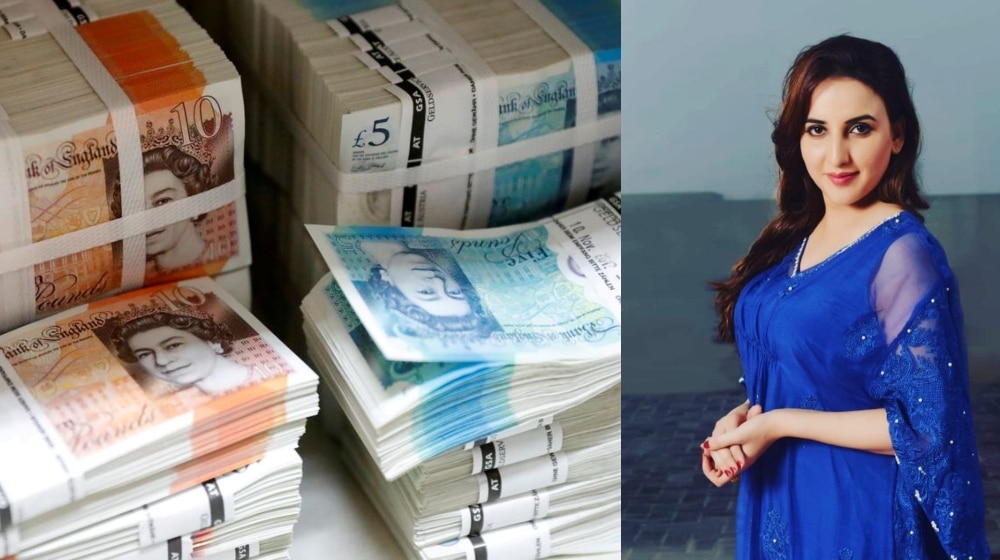 The Federal Investigation Agency (FIA) has formally written to the National Crime Agency (NCA) of the United Kingdom to register a case and initiate criminal proceedings against Hareem Shah for her involvement in money laundering.

In the official letter, the FIA has claimed that a Pakistani national, Fizza Hussain alias Hareem Shah, uploaded a video on social media in which she claimed that she smuggled large sums of cash from Pakistan to the UK by deceiving the authorities.

In this video, widely shared on social media and recorded recently after the Murree incident, Pakistan’s Ticktoker star Hareem Shah is shaming Pakistani authorities, esp federal investigation agency, for their incompetence to stop laundering of money she took to UK @FIA_Agency pic.twitter.com/8ji3M1YosK

Later, a second video surfaced in which she clarified that she uploaded the first video only for fun and she didn’t launder money from Pakistan to the UK. In this clip, she was seen standing outside the office of Sky Marketing, a London-based money exchange company.

Hareem Shah denies being involved in money laundering. London businessman comes out to own cash of thousands of pounds pic.twitter.com/AmU9ODiPCf

Sometime later, she uploaded another video in which she is accompanied by a man named Danial Malik who claimed the ownership of the money which Hareem Shah flaunted in the first video.

I am Sadiq & Ameen from Gujarat, I gave bundles of cash to Hareem Shah to make TikTok video, she’s like my baby sister and I was PTI’s strong election candidate in 2018: Daniyal Malik pic.twitter.com/DUDY4zYL8w

Note here that Danial Malik is a British Pakistani businessman who was a candidate for the ruling PTI for the 2018 elections. He claimed that the bundles of the British currency which Hareem Shah showed belonged to him and all of that money is legal and declared with the relevant UK authorities.

Therefore, in view of the details mentioned above, NCA is requested to register a case against Hareem Shah and carry out a criminal investigation against her and Danial Malik for their conflicting claims which show their involvement in money laundering from Pakistan to the UK, the letter concluded.

Meanwhile, FIA has also launched a probe against Hareem Shah after registering a case under relevant clauses of the Anti-Money Laundering Act 2010 and Foreign Exchange Regulation Act 1947.

It must be noted here that money laundering and currency smuggling are cognizable and punishable offenses under Anti-Money Laundering Act 2010 and Foreign Exchange Regulation Act 1947.