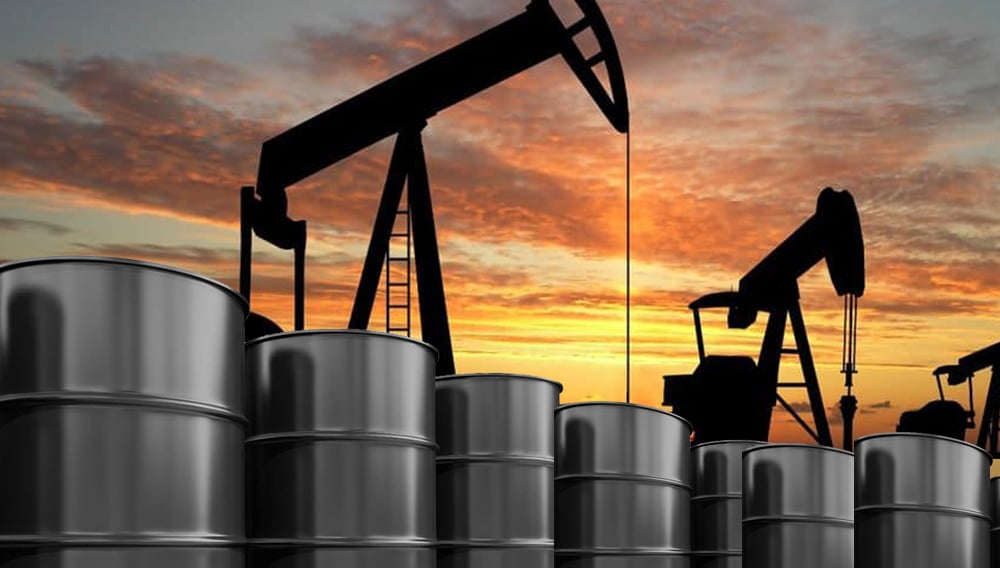 The federal government has sought import data for Motor Spirit (MS) that was accumulated over the last two years from the Oil Marketing Companies (OMCs) after sensing corruption in its import from China.

It aims to probe issues about the import duties of petrol that had pushed the commodity’s prices to a record high while disguised as the China Pakistan Free Trade Agreement (CPFTA).

A letter by the Directorate General of Oil of Petroleum Division (Ministry of Energy) to the Oil Companies Association Council (OCAC) sent on Friday detailed that “It has been observed that the [ascribed] number of Oil Marketing Companies(OMCs) have imported Motor Spirit (Gasoline) from China under [the] China Pakistan Free Trade Agreement (CPFTA). The Oil Companies Advisory Council is requested to provide the information of all the Oil Marketing Companies (OMCs) under this arrangement from January 1, 2020, to January 1, 2022″.

The letter with the subject “Disparity in Price due to China-Pakistan Free Trade Agreement (CPFTA)” is available with the scribe, and it read: “I am directed to refer to the subject cited above and to say that the tariff on import of Motor Spirit(MS) has been reduced to 0pc vide Revenue Division’s SRO 164091)/2019 dated December 31, 2019, under Free Trade Agreement (CPFTA) between China and Pakistan, effective from January 1st, 2020″.

A source in the Petroleum Division told ProPakistani that after the CPFTA Phase-II, which took effect on 1 January 2020, the import of MS from China surged to a record high and has increased by more than 200 percent in recent months.

Ten percent custom duty is levied on the import of MS from other destinations but it is duty-free from China, the source said. The OMCs are dodging duties and have resorted to more and more gasoline imports under the CPFTA Phase-II from China. The source added that the import of gasoline increased by almost 700 percent during 2021.

The OCAC has been asked to provide data, including the details of the companies, MS Cargo imported from China, the designated loading port, the quantity of the load, the off loading/descending port, the date of the decanting, and the Custom duty paid, by 20 January. 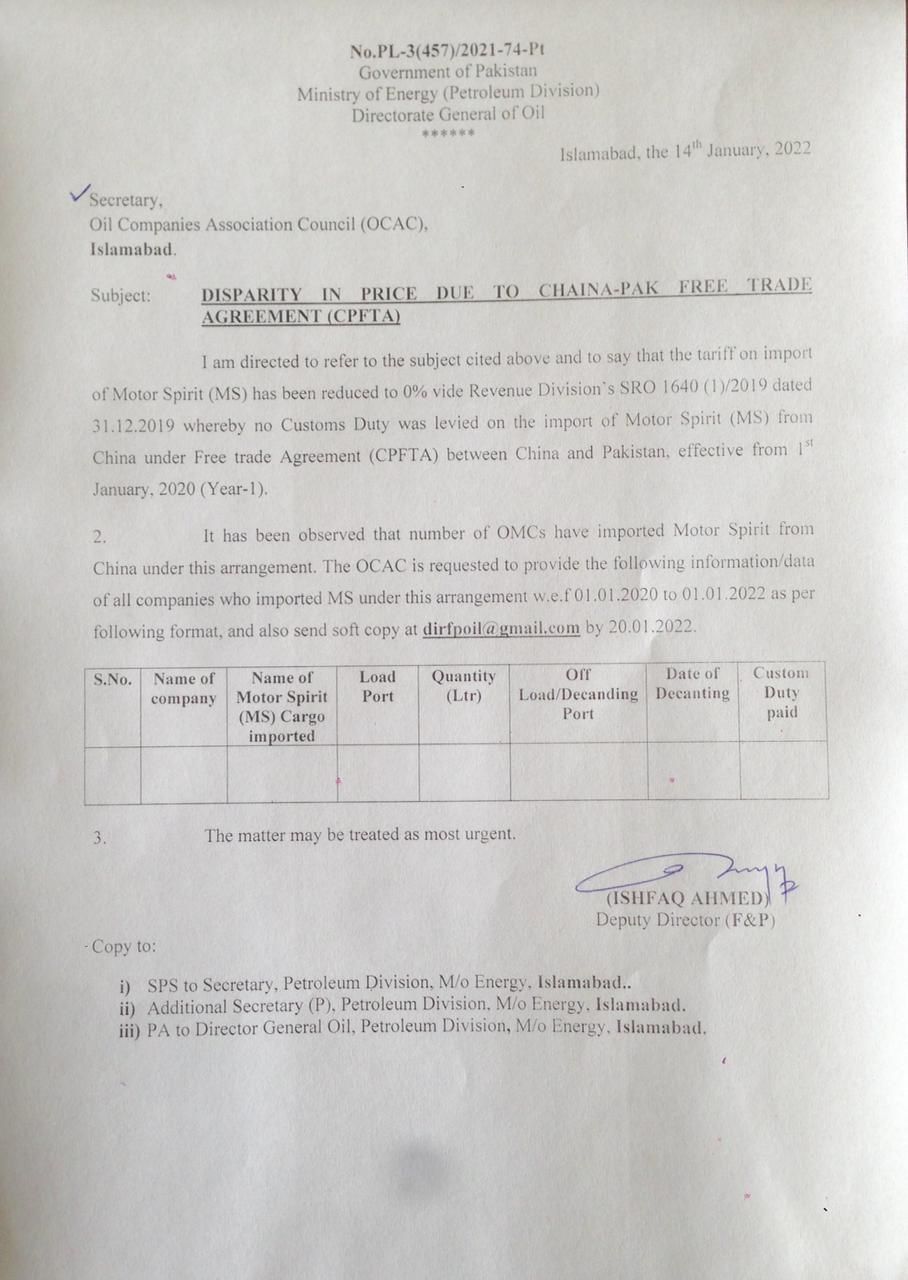