The Pakistani Rupee (PKR) continued its losing streak against the US Dollar (USD) and posted losses in the interbank market today. It lost 26 paisas against the greenback after hitting an intra-day high of Rs. 176.10 against the USD during today’s open market session.

It depreciated by 0.15 percent against the USD and closed at Rs. 176.49 today after losing four paisas and closing at 176.22 in the interbank market on Wednesday, 19 January. 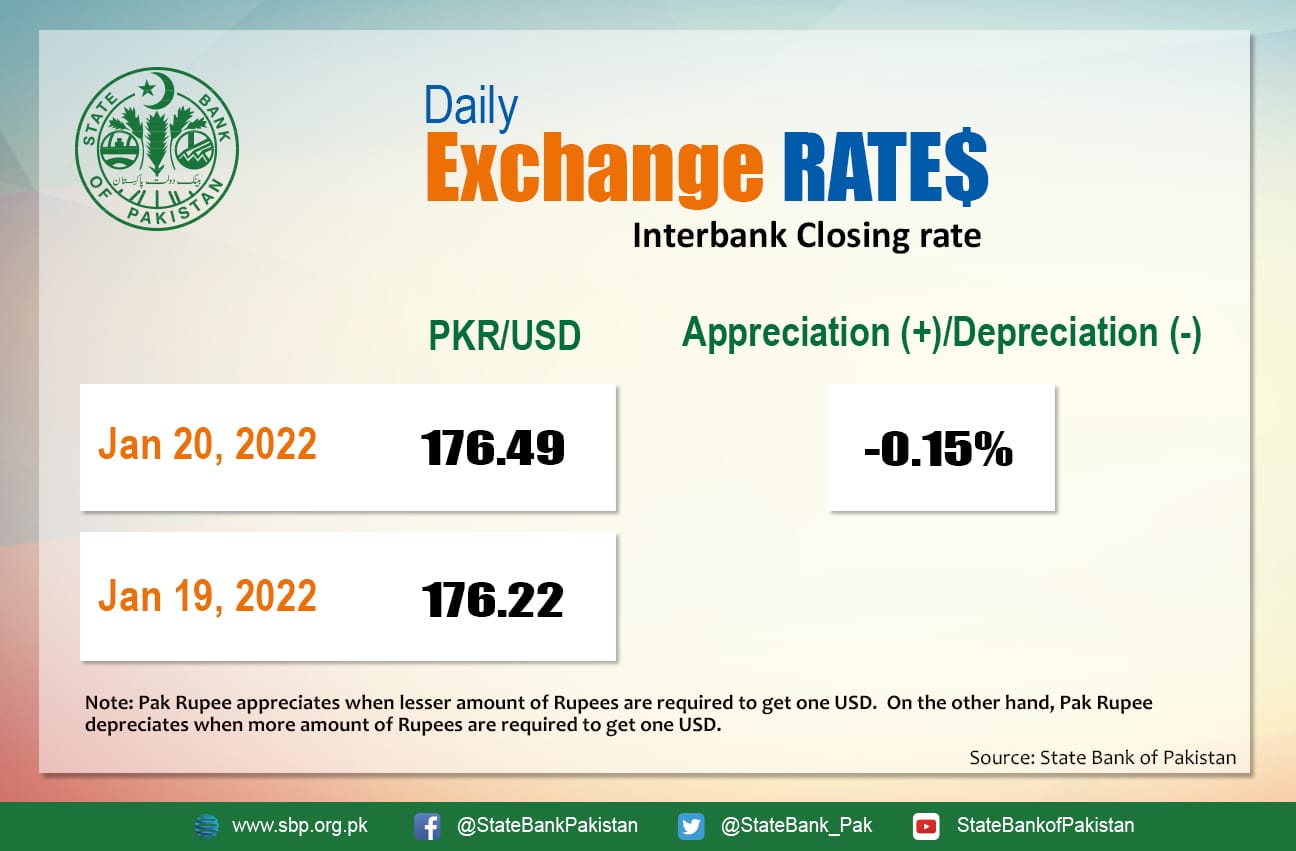 The rupee reported losses against the dollar for the third consecutive day amid concerns voiced by the International Energy Agency (IEA) on January 19 that global oil demand will exceed pre-pandemic levels in 2022 as fears regarding the latest Omicron wave subside, potentially paving the way for another “volatile” year for oil prices.

In terms of matters affecting the local exchange rate at home, market players are concerned about the possibility of a 16 percent federal excise duty (FED) being imposed on exchange companies, fearing that the new tax will push the dollar rate above Rs. 200.

With both domestic and global economic hurdles threatening exchange rate consolidation in the near term, the rupee is set to remain in the tight trading range.

Discussing the rupee’s near-term outlook earlier in the day, the former Treasury Head of Chase Manhattan Bank, Asad Rizvi, explained in a tweet that the rising price of crude oil is a source of concern for many because it will further raise the price of oil. He said that increased Omicron instances will only delay the rate of expansion and reduce risk appetite and the local unit will “continue to trade within a narrow band”.

The elevated crude oil prices is a cause of worry that will inflate the oil bill.
Increased cases of Omicron will not help that could slowdown the pace of growth & hurt risk appetite.
While #PKR is expected to continue to trade within a narrow band. 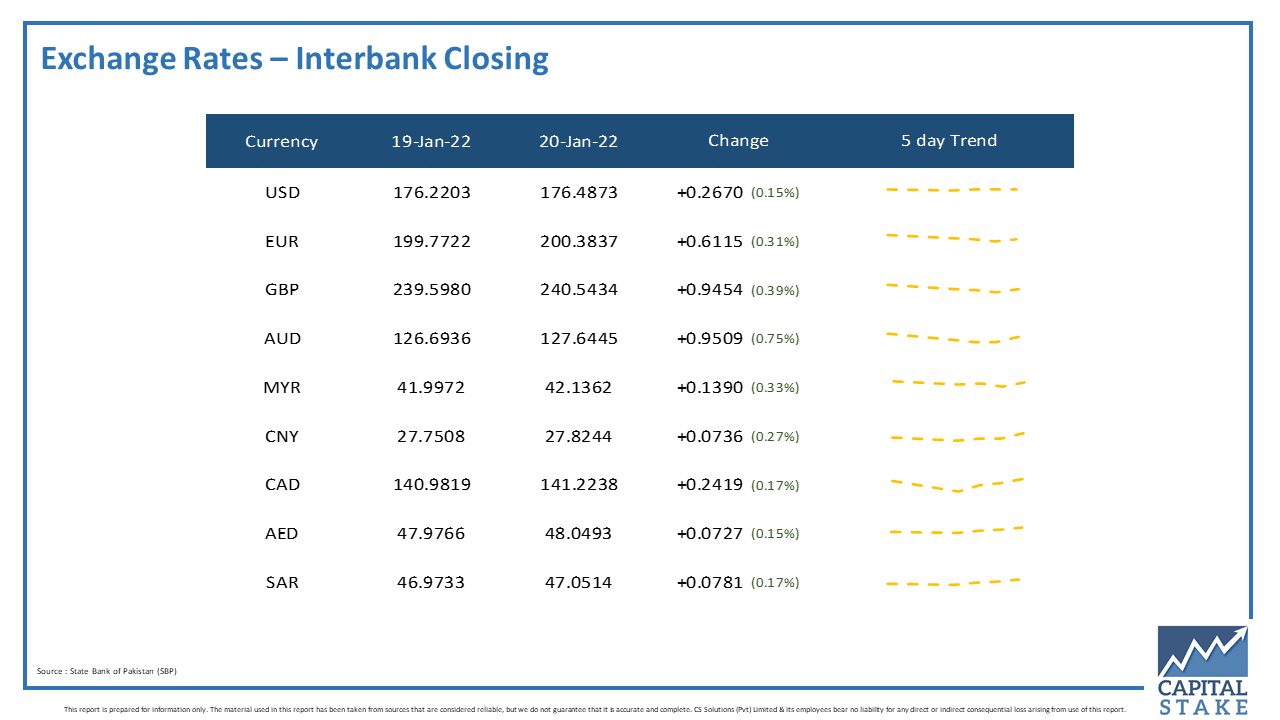