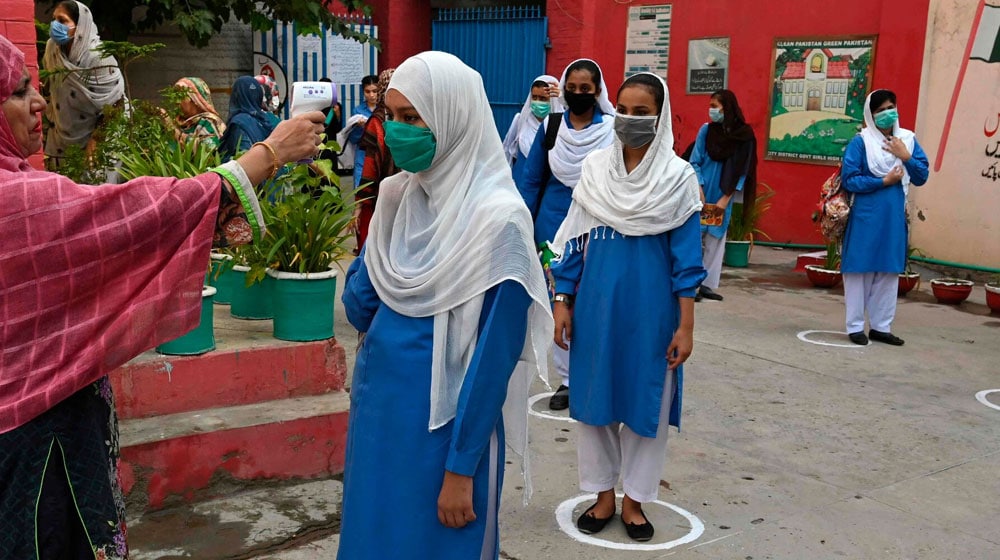 The National Command and Operation Center (NCOC) has decided to close down educational institutions for one week that have reported a high COVID-19 positivity rate, Dawn has reported.

The NCOC said that the provincial administrations will decide on schools closure after consultation with district health, education authorities, and school administrations.

“Covid testing in education institutes was carried out in major Omicron-hit cities to ascertain disease spread among students and ensure accurate disease mapping,” the forum said. “Data suggests a strong correlation between vaccination levels and infection rate in various cities.”

The notification added that aggressive testing will be carried out for the next two weeks in education institutions across the country, especially in high-risk cities.

“The federating units will carry out special vaccination drives in schools to ensure 100% vaccination of students over 12 years of age,” it added.

The decision comes after the country reported 7,678 COVID-19 cases during the last 24 hours, the highest daily caseload since the start of the pandemic. The overall positivity rate, recorded at 12.93 percent, was also the highest since June last year.

The COVID-related deaths also shot up to 23 from 5 a day earlier. This is the highest daily death toll since 15 October 2021. The new deaths have taken the overall tally to 29,065.

The situation is worse in Sindh, where 3,739 cases and 17 deaths were reported during the last 24 hours. A statement by the Chief Minister’s House on Thursday said that 17,002 tests were conducted out of which 3,739 cases were reported as positive.

Of them, 1,359 new infections were reported in Karachi, pushing the positivity ratio to 46.58 percent.