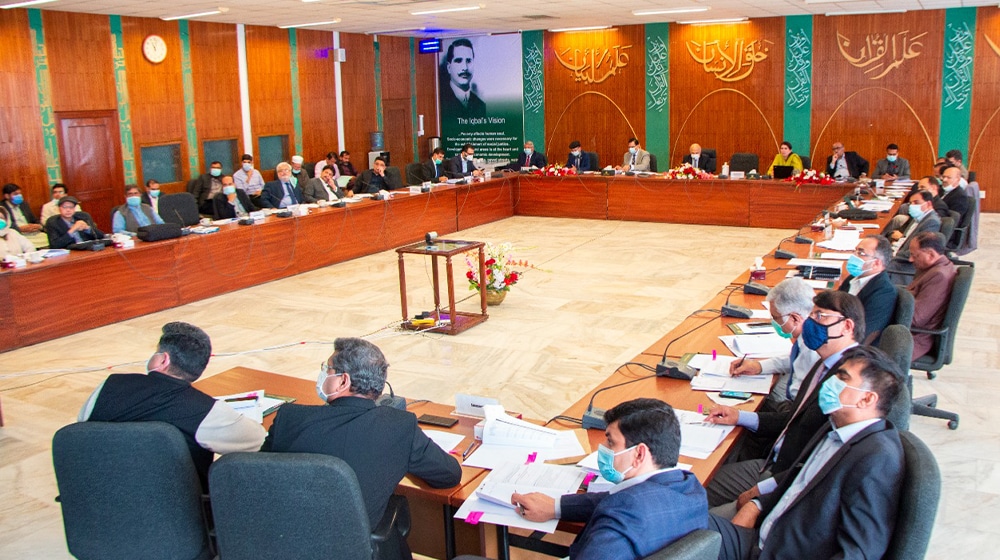 The Central Development Working Party (CDWP) on Monday approved three projects worth Rs. 13 billion and recommended another project worth Rs. 108.5 billion to the Executive Committee of the National Economic Council (ECNEC) for consideration.

It also sanctioned a project related to Higher Education Commission (HEC) called, “Upgradation of University College of Engineering & Technology Mirpur into Mirpur University of Science & Technology, Mirpur (Prime Minister of Pakistan Directive)” worth Rs. 1,890.024 million at its original approved cost. It directed the authorities concerned to complete the project by the end of the current financial year.

The project will provide support for destination planning and identification of scalable investment particularly for the private sector through Destination Investment and Management Plans (DIMP), Integrated Site Management Plans (ISMP), Museum Management Plans (MMP). Other major components of the project include promotion of tourism, increasing outreach, marketing, capacity building of relevant departments, and training of 10,000 youth in tourism-related trades. The existing legal, regulatory, and institutional frameworks will also be reviewed and updated to create enabling environment for the private sector.

CDWP recommended a project of transport and communications titled, “Kharian to Rawalpindi Motorway,” worth Rs. 108,410.269 million, to ECNEC for further approval. It directed the National Highway Authority and the Rawalpindi Development Authority to coordinate and come up with an agreed way forward for Rawalpindi Section Interchange. The location of the project is District Gujrat, Jhelum, and Rawalpindi in Punjab. This project envisages the construction of a 117.20-km four-lane access-controlled motorway from Kharian to Rawalpindi.

This new motorway facility will be an extension of the currently operational Lahore-Sialkot Motorway and under construction Sialkot-Kharian Motorway. The project initiates from the junction interchange near Kharian on Sialkot Kharian Motorway and terminates at T-Chowk near Rawalpindi/Islamabad. It traverses parallel to the N-5, passing the populous areas of Jhelum, Mangla, Dina, Sohawa, Gujar Khan, and Mandra and finally terminating near Rawat at T-Chowk (Junction of Islamabad Expressway with N-5).

Keeping in view the traffic volume, the proposed motorway project is designed as a four-lane access-controlled facility which will be expanded to six lanes as per the Level of Service (LOS) requirements. It will include an Intelligent Transport System (ITS) for safer and more efficient use of the road. The design is based on NHA specifications. The alignment/route of the Motorway facility is selected keeping in purview future connectivity to other planned facilities or expansions.