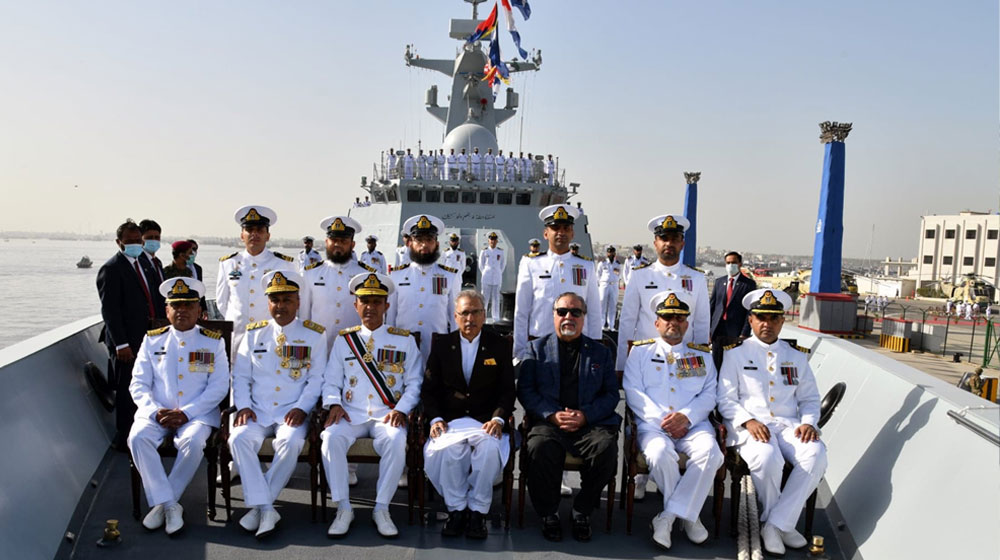 The induction ceremony was held at the Pakistan Navy Dockyard in Karachi on Monday.

President Dr. Arif Alvi was the chief guest at the occasion. The President was received by Chief of the Naval Staff, Admiral Mohammed Amjad Khan Niazi. A contingent of the Navy presented Dr. Alvi with the guard of honor.

The PNS Tughril is the first of the four multi-role frigates received from China as part of a contract signed in June 2018 while the U.S.-made Sea-King helicopters have been gifted by the state of Qatar.

Speaking at the occasion, Admiral Niazi said that the induction of PNS Tughril and Sea King helicopters would “augment the force in its combating capabilities in safeguarding the territorial integrity and the maritime interests of Pakistan.”

He also underlined the PN’s role in promoting peace and stability in the region through various maritime initiatives.

President Alvi commended the induction of the state-of-the-art ship and Sea-King helicopters in Pakistan Navy’s fleet.

“I am confident that the highly capable Pakistan Navy fleet and its air arm will continue promoting peace and stability in line with the government’s policy while devotedly guarding our maritime frontiers,” the President said.

He also emphasized the need for a well-equipped fleet to safeguard sea frontiers under a challenging environment.

“Pakistan is a land of peace and urges security and stability in the region,” he added.

The ceremony was attended by guests from Embassies of China, and Qatar, along with Governor Sindh and serving and retired officers of tri-services.