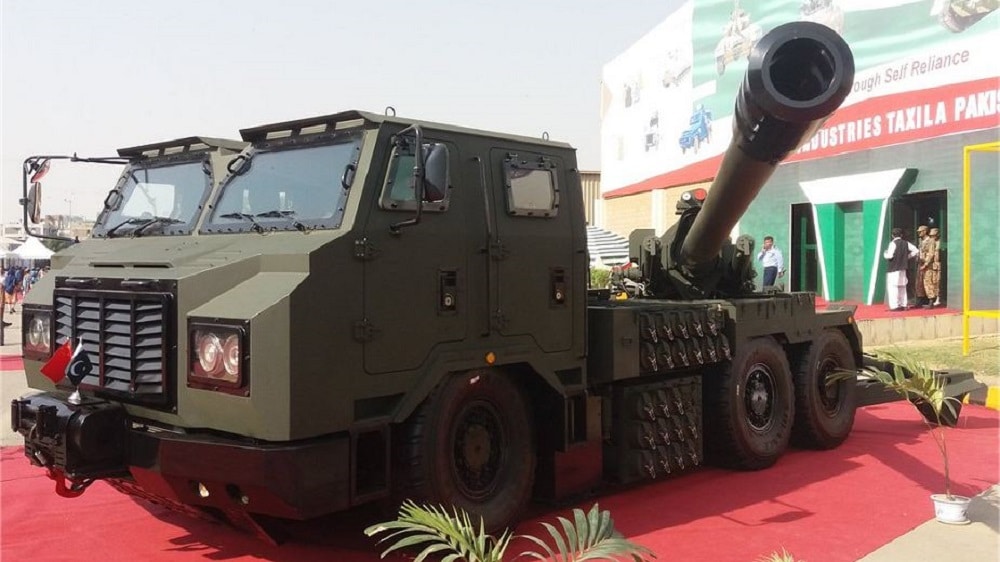 Although the number of howitzers in the first batch has not been officially disclosed, it was reported in December 2019 that Pakistan would procure a total of 236 howitzers from NORINCO, a Chinese state-owned defense manufacturer.

NORINCO had first unveiled the SH-15 howitzer during Zhuhai Airshow China in November 2018. The same month, it also displayed the howitzer at the International Defence Exhibition and Seminar (IDEAS) in Karachi.

The Chinese defense company had also conducted the trials of SH-15 in Pakistan. Although the trials were kept secret at first, a leaked picture of the trials got published in Chinese magazines, disclosing the organization of the trials.

The SH-15 howitzer is similar in concept to the French CAESAR truck-mounted howitzer. It is based on a 6×6 wheeled Shaanxi truck chassis for carrying a 155 mm gun-howitzer installed at the back of the truck. It is equipped with a computerized fire control system, navigation, positioning, and targeting systems.

It is capable of both direct and indirect fire. It has a maximum firing range of 53 km with a rocket-assisted V-LAP projectile. It can fire up to 6 rounds per minute. It has a conversion time of less than 1 minute, meaning it can fire rounds and move from its offensive position within seconds to evade counter-fire.

It can accommodate up to six crew members. The front cabin has armored protection with bulletproof windows and windshield to protect the cabin crew from small arms firing and shell splinters.