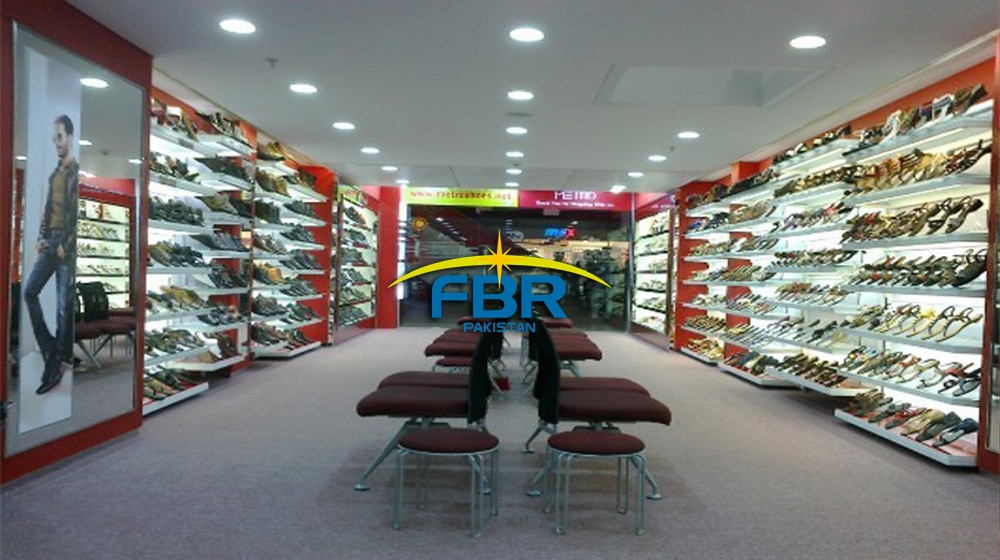 Sources told ProPakistani that this scheme of Electronic Sales Suppression fraud was detected and investigated by the Enforcement Zone of the FBR’s Large Taxpayers’ Officer, Islamabad, in December 2021.

Sources said that the point of sales (POS) issue is a far-reaching one. “For instance, hard-paper receipts are given to customers if they request the retailers for it. For the most part, the retailers aren’t obligated to offer physical receipts to customers,” they added.

According to the scheme, the Metro Shoes Head Office (HO) pulled the actual sales data from its branches in real-time and pushed only selective transactions to the tax regulator. In this regard, sources detailed that this “suppression of electronic sales data is happening everywhere.”

How Did Metro Shoes Deceive the POS System?

FBR’s step-wise breakdown of the alleged act of electronic sales suppression reveals that a “phantomware” was developed by the “in-house IT team of Metro Shoes, and incorporated in the retail POS system branches.” According to the tax machinery, the phantomware was based on the following algorithm:

Simultaneously, the cashiers at designated retail counters punched transactions using “Cashier ID” (36 or non-36). While every invoice given to customers had a QR code and the associated FBR invoice number (#), the tax regulator pointed out that the phantomware kept on purging offline sales data from branches to minimize the risk of fraud detection.

On the flip side, a Metro Shoes’ official (manager) told ProPakistani that the matter is settled. He said, “the FBR has given a written statement in court, and tomorrow, a final hearing will be conducted at Rawalpindi court.”

To recall, discussions between the big retailer and FBR have been in progress for weeks. While both parties had earlier resolved to settle all issues related to sales tax outside of the court, today’s developments have confirmed that the matter will indeed be decided after a court decree tomorrow.