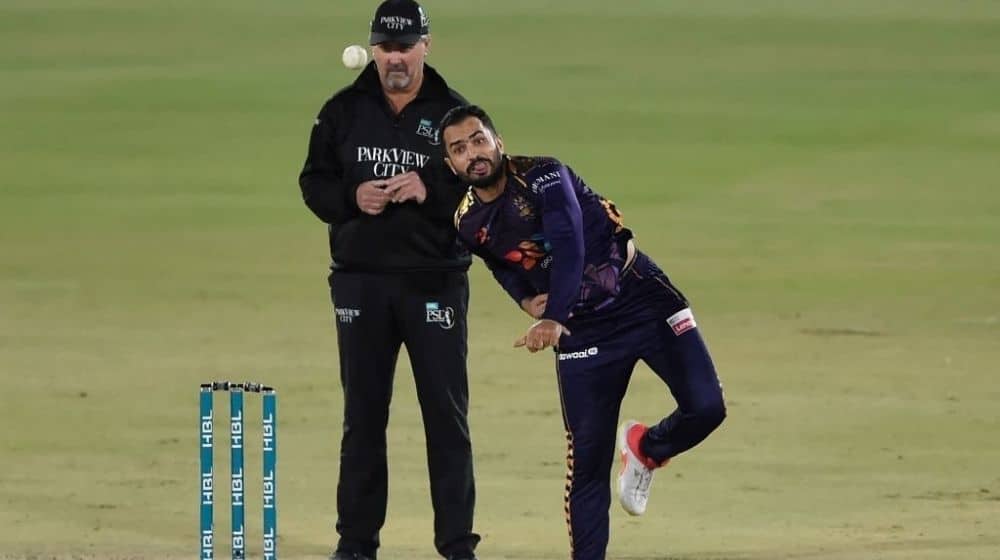 Quetta Gladiators have suffered a major blow ahead of the Lahore-leg of the Pakistan Super League (PSL) as their star all-rounder, Mohammad Nawaz has been ruled out from the tournament after suffering from an injury.

According to details, Nawaz has suffered a navicular bone undisplaced fracture in his left foot and might be ruled out of action for a period of 5-6 weeks. This puts his participation in Pakistan’s upcoming Test series against Australia in serious doubt. He was named in the 16-man Test squad by Pakistan recently.

As for Quetta, they revealed that they will announce his replacement in due time.

The official account of Quetta Gladiators released the details behind the injury across various social media platforms:

Quetta Gladiators all-rounder @mnawaz94 has been ruled out of the remaining matches of Pakistan Super League (PSL) after suffering navicular bone undisplaced fracture.
His replacement will be announced soon.

The 27-year old has been one of the mainstays of Quetta Gladiators since the inception of the league and has played an influential role in Quetta’s success over the years. Nawaz has been terrific for Quetta over the years and was an integral part of the line-up in the ongoing season.

Gladiators will miss the services of their star all-rounder as they face Islamabad United in their next encounter in PSL 7. The match will be played on 12 February at Gaddafi Stadium, Lahore.

You can also check out the complete PSL schedule here!