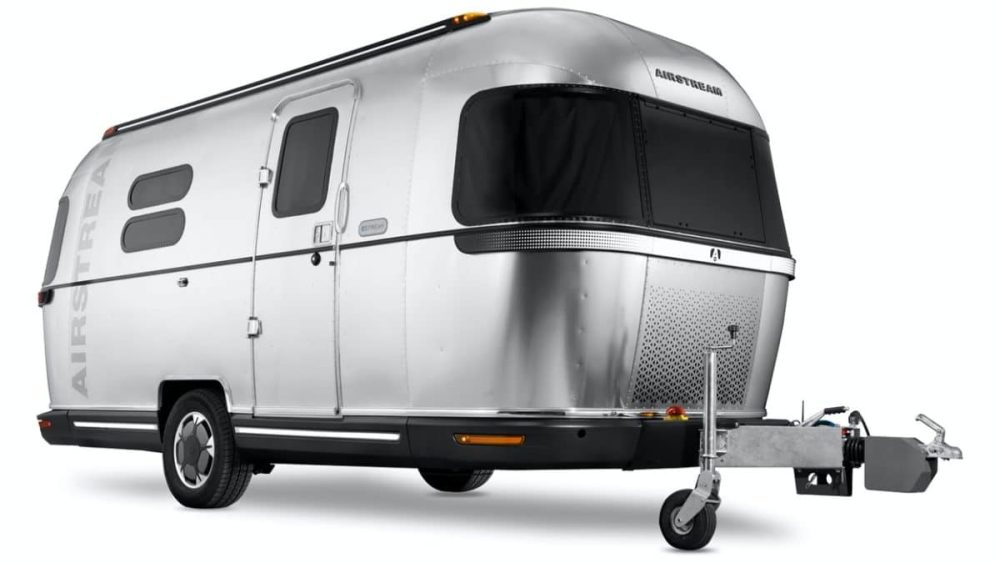 Automakers are currently in a race to change the mobility game, with each player introducing novel features. Recently, Airstream announced the development of the e-Stream camper trailer that has solar panels on the roof for charging, as well as autonomous driving capability.

Design-wise, the e-Stream camper looks the same as a conventional trailer but is quite high-tech. Its solar power system can charge it while driving. Also, the electric motor will allow it to function as a two-wheeled Electric Vehicle (EV).

The e-Stream camper can be towed by other vehicles. The company claims that the electric motor can assist the towing vehicle through its own power. This will enhance the vehicle’s performance, fuel economy, and make the towing effortless.

The camper will be fitted with a 900 Watt solar energy system and an 80 kWh battery pack. It will have the fast-charging capability, which will allow it to gain full charge in 45 minutes. Its lightweight aluminum shell, with its round profile, allows for enhanced range and reduced drag.

ALSO READ
These Bikes Can be Perfect for Pakistani Girls

Airstream states that the owners can remain off-grid for two weeks, thanks to its solar power system. The company has only revealed its renderings and is yet to announce a launch date. However, the e-Stream seems like a promising value proposition and is likely to become quite popular among travel enthusiasts.