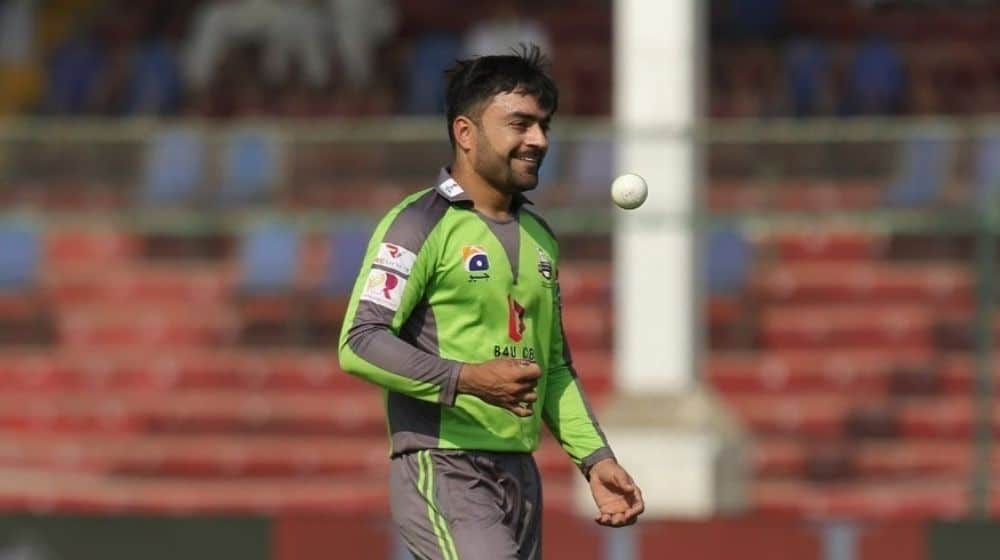 Rashid Khan will leave Pakistan Super League (PSL) 7 due to his international commitments after today’s match between Lahore Qalandars and Islamabad United set to take place at 7:30 pm at Gaddafi Stadium, Lahore.

During the ongoing Pakistan Super League, the T20 specialist played eight matches for Lahore Qalandars and took 11 wickets at an average of 18.72.  With the bat, Rashid also scored 55 important runs in his 5 innings.

However, Pakistan-born Australian cricketer, Fawad Ahmed will replace Rashid for the remaining PSL matches as PSL Technical Committee has already approved the replacement.

On the other hand, Islamabad United skipper, Shadab Khan will not be available for the selection in today’s match and Asif Ali will lead the side in his absence. Apart from Shadab, Zeeshan Zameer, and  Colin Munro will also miss the playing XI due to their fitness issues.

Islamabad United will be keen to book their playoffs seat while Lahore Qalandars have already qualified for the next stage despite losing yesterday’s match against Karachi Kings.

Despite the fact that Islamabad United appears to be in a solid position to qualify for the playoffs and the Gladiators are below them in the points table, the Sarfaraz Ahmed-led team cannot be ruled out of the tournament mathematically just yet.