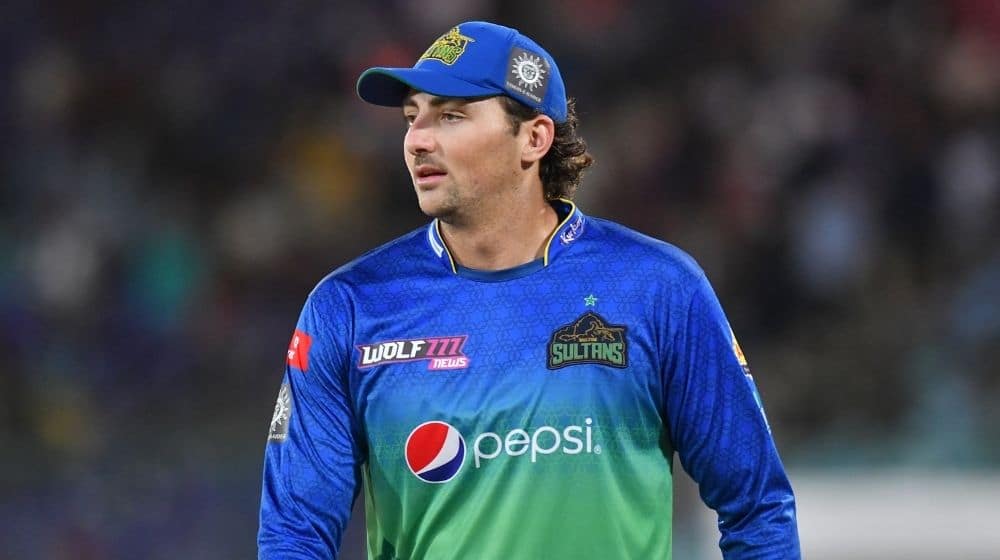 Fitness issues and coronavirus cases continue to deplete teams in the ongoing Pakistan Super League as they sideline main players. Karachi Kings blamed these issues for their early exit from the tournament as main players were unavailable.

Just hours before the first match of the playoffs stage, Multan Sultans all-rounder, Tim David has tested positive for coronavirus and his absence at the crucial stage of the tournament will add immense pressure on the Rizwan-led team. It is a huge blow for Sultans as he was among the top-performing players in the current edition.

According to a well-informed source, the franchise management has neither confirmed nor denied the news but it is sure that the all-rounder returned positive during routine PCR testing. Multan Sultans and Lahore Qalandars will be locking horns today to book their place in the PSL final.

According to our sources, the entire Multan Sultans squad will undergo testing again before the match and the reports will be back after the match. The first Qualifier will go on as scheduled.

Yesterday, some of the leading players and one supporting staff member of Peshawar Zalmi also tested positive for coronavirus. According to reports, Peshawar Zalmi players, Ben Cutting, Usman Qadir, Sohail Khan, and Hashim Amla have been isolated and will not be available for the remaining PSL.

It is to mention here that Peshawar Zalmi and Islamabad United will come face to face in Eliminator 1 at the Gaddafi Stadium on February 24. The winner of the clash will be facing the loser of today’s Qualifier between Lahore Qalandars and Multan Sultans.