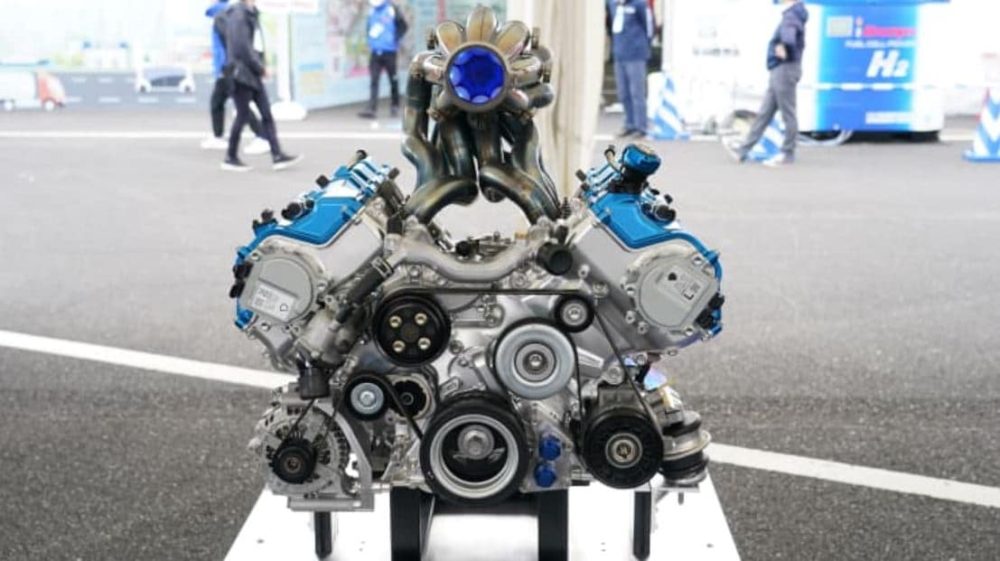 Toyota has partnered with Yamaha to develop a high-performance engine for its sports cars. The new engine is based on a naturally aspirated 5.0-liter V8 unit used in RC F coupé, IS 500 sedan, and LC 500 roadster.

The Japanese automaker claims that the new powerplant will be an internal combustion engine (ICE) that uses hydrogen fuel. Yamaha highlighted that the companies have been working on the engine for five years and will make 450 horsepower (hp).

Yamaha’s President Yoshihiro Hikada stated that the company aims to achieve carbon neutrality by 2050 and the new hydrogen combustion engine will be environmentally friendly and exhilarating at the same time.

Interestingly, Toyota is not alone in this pursuit. Other Japanese automakers including Mazda and Subaru are also exploring environmentally-friendly fuel options to keep internal combustion engines alive.

Toyota has openly opposed the normalization of electric vehicles (EVs) across the globe, calling it an “unrealistic” goal. Chief Scientist at Toyota Gill Pratt recently told Reuters that the company wants a “diversity of powertrains”.

He stated that Toyota is not against a particular powertrain, but it doesn’t want to dismiss all others in favor of electric cars, Pratt added.

Car industry experts believe that Toyota’s efforts to make headway into the EV market seem insufficient. The American and European automakers have introduced several all-electric cars in their respective lineups due to their rising demand, whereas Toyota is still pursuing a ‘soon to be obsolete’ technology.