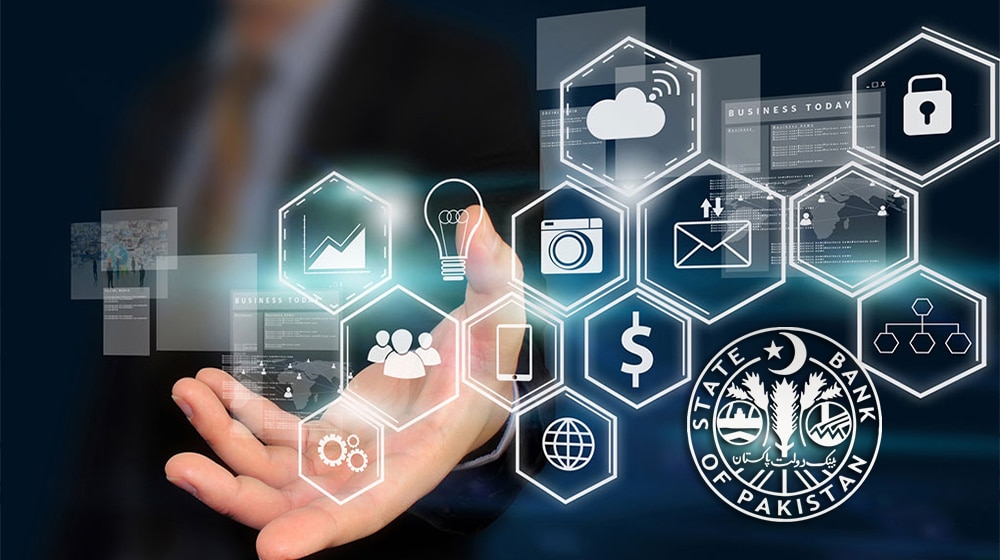 The use of electronic banking (e-banking) channels has had impressive double-digit growth in Pakistan due to the improving adaptability of technology by users and the introduction of various new options in recent years.

According to the State Bank of Pakistan (SBP), e-banking channels witnessed a transaction of Rs. 159 trillion via different channels during the quarter July to September 2021 as compared to a value of Rs. 148 trillion of a transaction during the previous quarter of the same calendar year.

The journey of migrating from a cash-intensive economy toward a digital economy continued as e-banking showed 12 percent growth volume-wise and 16 percent growth value-wise as compared to the previous quarter.

This uptake was majorly spurred by 11.3 million mobile banking users who registered a growth of 29 percent by volume and 36 percent by value. Internet banking also contributed to the growth of e-Banking services by registering a 31 percent growth in internet banking users who conducted six percent more transactions than the previous quarter, amounting to a 10 percent increase in the value of these transactions.

The number of mobile phone users surged to 11.3 million and the internet users’ base grew to 6.3 million, the SBP stated.

Call Center/IVR banking showed a decline of 21 percent by value as its volume grew by one percent. This indicates that people are now graduating to other mediums, i.e. internet and mobile banking. A mere amount of Rs. 1.7 billion was reported for transactions as the channel was used only 0.04 million during July-September 2021.

Digital adaption by merchants showed mixed signs of growth as the number of e-Commerce Merchants reduced to 2,993 from 3,003 but the number of POS machines increased by 10 percent to 79,134. During this quarter, the recorded transaction volume stood at 12.7 million with a value of Rs. 22.3 billion.

This can mainly be attributed to the ease down of lockdown restrictions. As the brick-and-mortar stores opened up and the footfall in the market gained momentum, the demand and usage of POS terminals have increased. However, the impact of the lower number of e-Commerce merchants did not translate into the transactions volume and value. e-Commerce transactions showed the highest growth of 86 percent (by volume) in the entire e-banking landscape.

Accordingly, the impact on overall e-banking of low growth in a couple of areas was subdued by higher growth in other key areas. The shift to digital during the peak of the pandemic is likely to translate into a behavioral change. The ease and comfort enabled by e-commerce in specific have compelled a major chunk of consumers to stick with digital banking.

The first quarter of the financial year 2021-22 ushered the domestic fintech landscape into a new era whereby the first two Electronic Money Institutions (EMIs) were granted a commercial license. In 2019, the SBP had issued EMI regulations with the objective of increasing financial inclusion and encouraging the migration of the economy towards digitalization.

As more EMIs enter the market, it is expected that innovative payment services will entice the traditionally unbanked population to come under the fold of the formal economy. Ultimately, this will contribute to fostering a more digitally integrated economy.