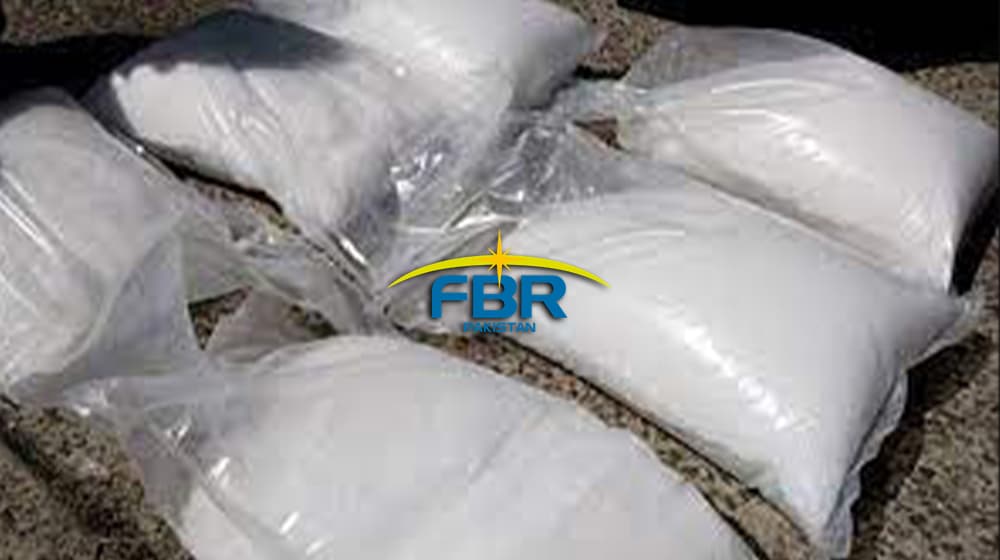 In continuation with FBR’s policy of crackdown against the menace of narcotics/drugs, Collectorate of Customs, Gwadar again in yet another intelligence-based successful operation on 27.02.2022 seized 8.5 kg of high-quality Methamphetamine/ICE after chasing the smugglers in the mountainous area of Uthal.

The value of the seizure is approximately Rs. 257 Million. FIR has been lodged and further investigation is underway.

Furthermore, it is worth sharing that the Collectorate of Customs, Gwadar had seized 7.5 kg of high-quality Methamphetamine/ICE about 10 days ago, valuing Rs. 222 Million. Thereafter, in the month of February 2022, the Customs Collectorate Gwadar has seized narcotics/drugs worth over Rs. 500 Million which is, indeed, a laudable performance.

It is pertinent to mention that the Federal Board of Revenue is following a policy of zero-tolerance against smuggling and thereby has increased vigilance and surveillance of cargo movement across the border. Finance Minister, Shaukat Tarin, has commended FBR for its successful anti-smuggling drive across Pakistan.

Likewise, Chairman FBR/Secretary Revenue Division, Dr. Muhammad Ashfaq Ahmed has appreciated Chief Collector Quetta, Muhammad Sadiq and Collector Customs Gwadar, Muhammad Javed Chaudhary & their team in ensuring zero-tolerance against smuggling of all shades and grades. He further reiterated his unflinching resolve to fight the menace of smuggling across the country in order to maximize tax compliance.