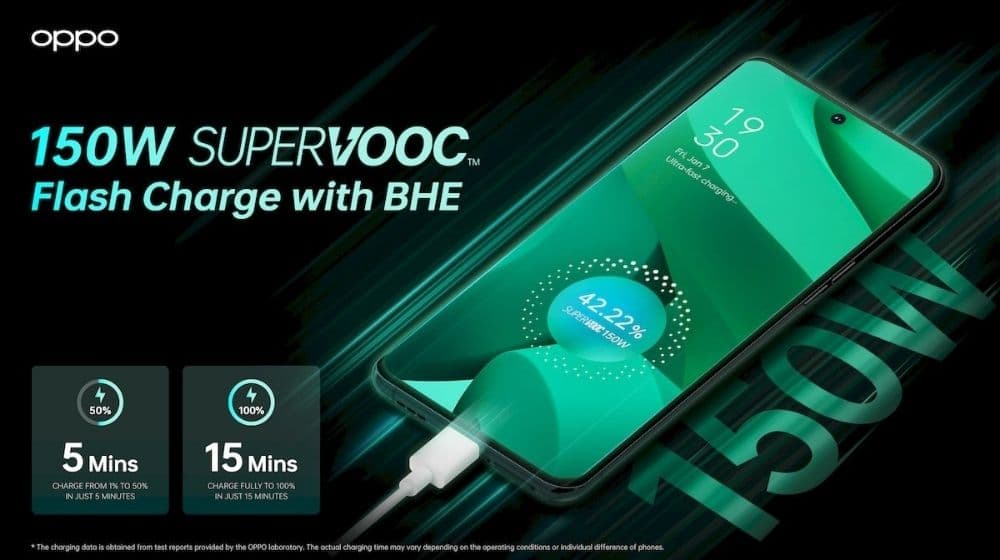 Earlier Oppo had unveiled the Find X5 flagship duo, with support for the new 80W SuperVOOC charging technology. Now, the company has announced an upgraded system at this year’s Mobile World Congress (MWC) that will nearly double said power.

According to the company, the upcoming 150W SuperVOOC system has charged a prototype smartphone’s 4,500 mAh battery from 1 percent to 50 percent in just 5 minutes during laboratory tests.

The battery juiced up all the way to 100 percent in just 15 minutes. The smartphone was turned on but remained inactive and in airplane mode throughout the process. For a quick comparison, the company’s 65W charger takes around 40 minutes to reach a full 100 percent. 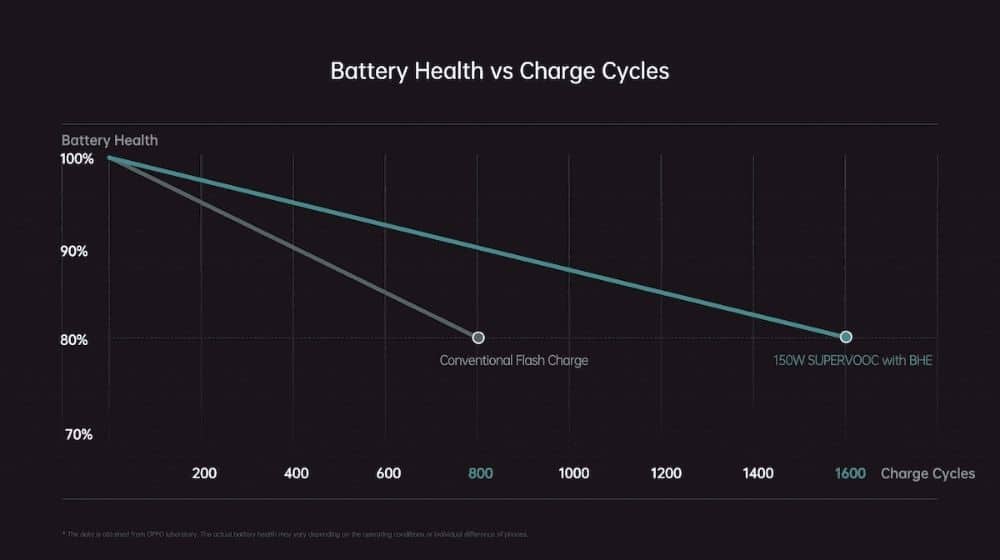 This new system introduces a 150 W SuperVOOC charger. However, all thanks to the company’s GaN (Gallium nitride) technology, the charger weighs 172 grams, which isn’t much larger than Oppo’s previous 65 W SuperVOOC adapter. While the VOOC technology is proprietary, the new charger, however, does already support the standard USB Power Delivery and PPS protocols that are used on current smartphones, laptops, and other gadgets.

The company further revealed that it’s working to improve the 150W SuperVOOC and upgrade it to make it withstand charging speeds of 200W and above. OPPO already has a working prototype of a 240W system underway. As per the company, this new tech will be able to charge a battery from 0 to 100% in just 9 minutes. 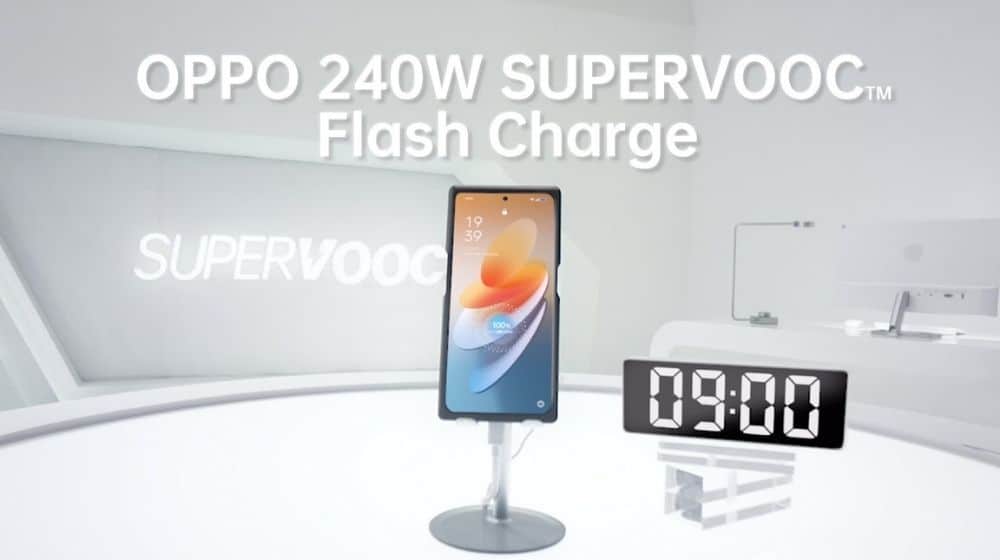 Furthermore, this impressive new technology can even bring the battery from flat to 50 percent in just 3 minutes and 30 seconds. The SuperVOOC system sends 24V/10A towards the phone and uses three pumps to convert that to 10V/24A.

However, given that it’s only a demo, we don’t expect this tech to make it to the mass market until 2024 or 2025. Meanwhile, the 150W SuperVOOC charging is expected to become a standard soon.