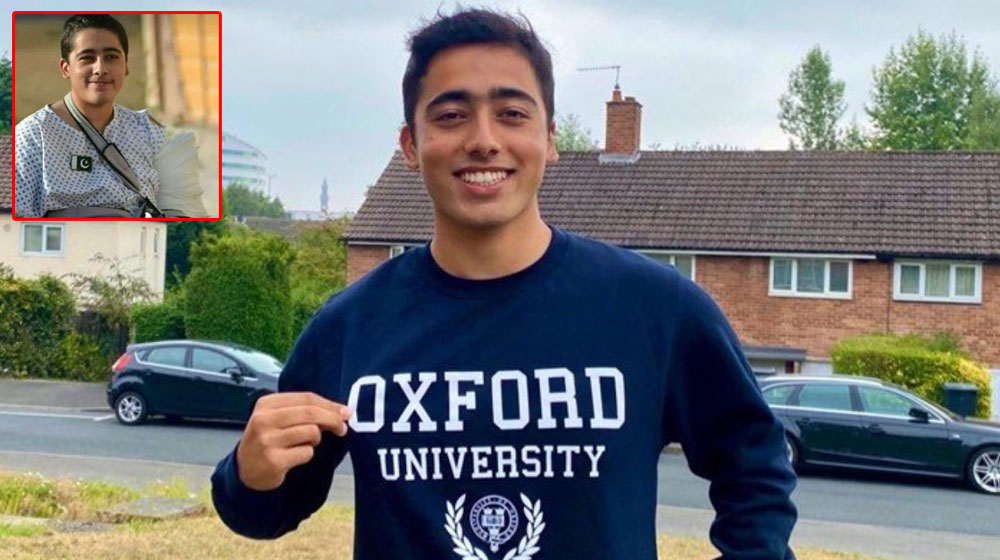 Ahmad Nawaz, a survivor of the terrorist attack on Army Public School (APS) Peshawar in 2014, has been elected as the president of the Oxford University’s debating society ‘Oxford Union’.

“Today is the most monumental and history-making moment of my life! I am so extremely proud to announce that I have been elected president of the Oxford Union, one of the world’s biggest and historical platforms!” he tweeted on  Sunday.

Today is the most monumental & history making moment of my life!

I am so extremely proud to announce that I have been Elected President of the @OxfordUnion ✨One of world’s biggest & historical platforms!

I’m eternally grateful to everyone who supported me in this Journey…❤️ pic.twitter.com/R90si4FurP

Nawaz thanked everyone who supported him in this journey. He was also “extremely grateful” to his parents who have been supportive of his endeavors.

“[I am grateful to] my friends who have been with me throughout this journey. And finally, my team, who have worked so exceptionally hard to make this truly historical moment happen!” he added.

Nawaz was 14 when he was shot in the arm in the Tehrik-i-Taliban Pakistan (TTP) attack on the Army Public School (APS) Peshawar in December 2014. His younger brother, Haris, was among the 150 students and teachers killed by extremists.

Nawaz had saved his life by pretending to be dead while the terrorists roamed the school building. He was taken to Birmingham for treatment and has been living there with his family ever since. He also enrolled at Oxford University in 2020.