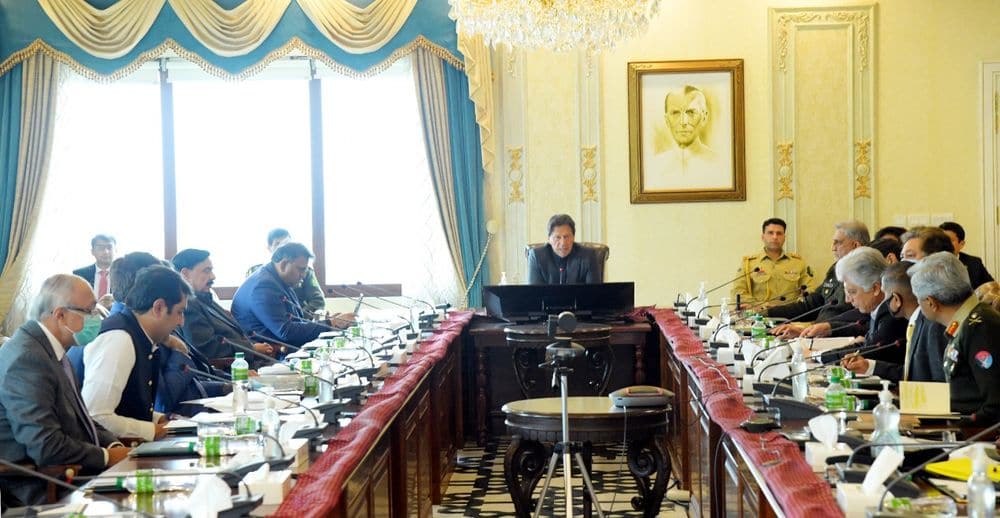 Prime Minister (PM) Imran Khan chaired a meeting of the Apex Committee on the National Action Plan (NAP) which strongly condemned the recent attack on a mosque in Peshawar, and offered condolences to the family of martyrs who lost their lives in the deadly attack.

He said that the government has a zero tolerance policy for terrorists, and swift prosecution is required to set an example for terrorist elements. A multi-pronged approach, and a full spectrum and vigorous implementation of the NAP are required to thwart the threat of terrorism, the premier said, and stressed the importance of proactive measures to tackle such incidents in the future.

PM Khan declared that nefarious designs to destabilize the country will never succeed as the nation is united to defeat the menace of terrorism. He said that the public realizes that elements are trying to create disharmony based on sectarianism and hate speech but the state will not allow such designs to succeed.

The Apex Committee emphasized the need for strengthening the role of the National Counter Terrorism Authority (NACTA) to coordinate measures essential for countering terrorism and capacity building of the Counter Terrorism Departments. It was also highlighted that the provinces need to allocate more resources to conduct effective investigations by adopting scientific techniques and setting up modern forensic labs. The need to accord a conclusive end to terrorism cases in courts of law was also accentuated.

The Secretary of the Interior Division presented a detailed briefing on the implementation status of the NAP, including measures taken to choke terror financing; counter violent extremism; investigate and prosecute (in) terrorism cases; promote intolerance of militancy and capacity building of law enforcement agencies; regulate and register seminaries; merge the former FATA; reform the criminal justice system; eliminate sectarian terrorism; curb smuggling, narco-traffic, and human trafficking; and work on the reconciliation process in Balochistan and issues related to refugees.

The attendees were briefed that satisfactory implementation has been achieved on a majority of action points but support from the provincial governments is required for inter-provincial issues.