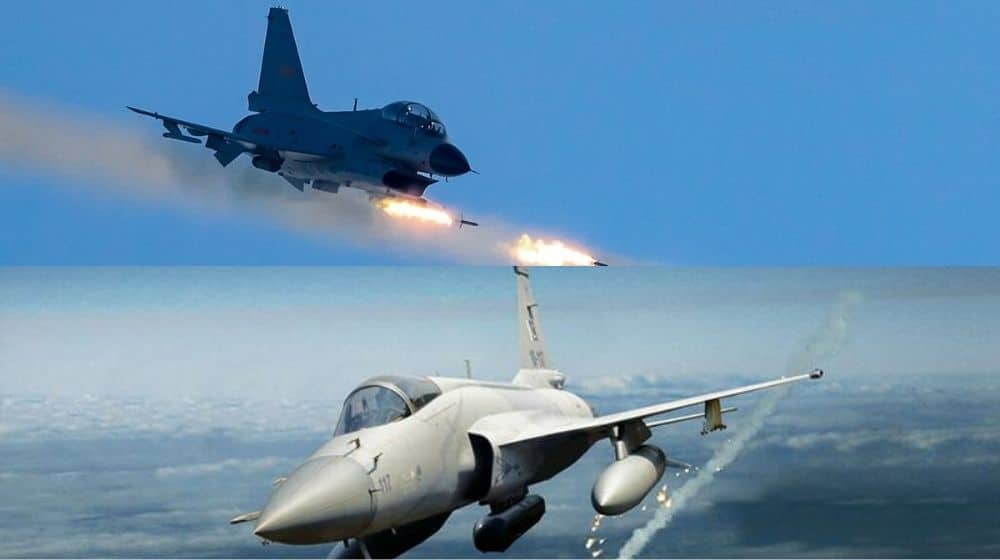 The A-5C, J-7, Mirage III, and Mirage V jets effectively guarded the aerial boundaries of Pakistan for decades before they were replaced with JF-17 fighters that were inducted by the Pakistan Air Force (PAF) in February 2010.

As its name suggests, the Joint Fighter-17 or JF-17 aircraft has been jointly developed by the Pakistan Aeronautical Complex (PAC) and Chengdu Aircraft Corporation (CAC) of China.

The JF-17 jet can perform multiple roles including interception, ground attack, anti-ship, and aerial reconnaissance. In addition to this, it can deploy a number of weapons including air-to-air missiles, air-to-surface missiles, and 23 mm twin-barrel autocannon.

The JF-17 aircraft dominated the headlines across the globe in February 2019 when tensions across the Pakistan-India border escalated to a point where the world feared that a full-blown conflict between the two nuclear-armed neighbors was inevitable.

Three years later, PAF inducted J-10C fighter jets after acquiring them from China in just eight months rather than the years that defense manufacturers usually take to deliver fighter jets such as the J-10C.

The J-10C fighter aircraft has been developed by the CAC. It was unveiled in Pakistan in an official ceremony that was attended by Prime Minister, Imran Khan, Chief of Air Staff, Air Chief Marshal Zaheer Ahmed Babar Sidhu, Chief of Army Staff, General Qamar Javed Bajwa, Chief of Naval Staff, Admiral Amjad Khan Niazi, Defense Minister, Pervaiz Khattak, senior officials of the three forces, and members of the federal cabinet.

The J-10C fighter jet is a multi-role combat aircraft capable of all-weather operations. It is primarily designed for air-to-air combat, but it can also perform strike missions.

With the 23rd March parade just days away, the country is set to demonstrate its military might. Since JF-17 and J-10C fighter jets will also be seen performing aerial maneuvers, let’s look at the comparison of both aircraft:

Note that Pakistan is the first country that has acquired the J10-C from China and most details of the export variant of the Chinese fighter jet are yet to be revealed officially.