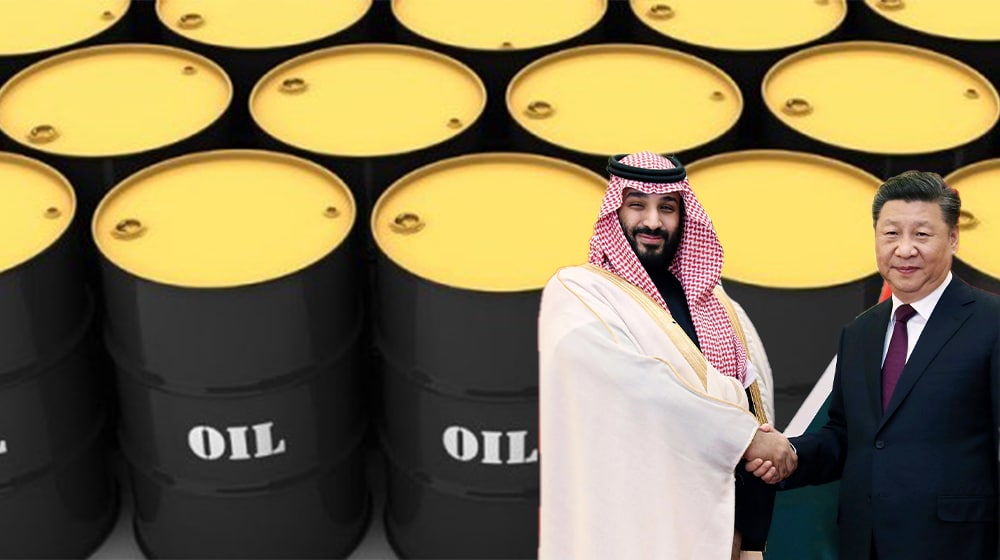 Saudi Arabia is contemplating pricing some of its oil sales in yuan — a move that will undermine the US dollar’s supremacy in the global petroleum market and represent another turn by the world’s top crude exporter toward Asia.

Its talks with China over yuan-priced oil contracts have been on and off for the better part of six years but recently picked up pace as the Saudis have grown increasingly dissatisfied with the decades-old US security guarantees, according to the Wall Street Journal.

The Saudis are enraged by America’s lack of backing for their engagement in Yemen’s civil war as well as the Biden administration’s attempt to reach an agreement with Iran over its nuclear program.

It is no secret that China already purchases more than 25 percent of Saudi Arabia’s oil exports, and it would be a significant move by the kingdom to price even some of its exports of roughly 6.2 million barrels of petroleum per day in anything other than the US dollar if priced in yuan.

The vast majority of global oil sales — roughly 80 percent — are in dollars, and the Saudis have only traded in dollars since 1974 when they struck a deal with the Nixon administration, that included security guarantees. China had introduced yuan-priced oil contracts in 2018 as part of its efforts to make its currency tradeable globally, but they have not eroded the dollar’s dominance in the oil market.

Conversely, the United States is one of the world’s leading oil producers. According to the US Energy Information Administration, it formerly imported two million barrels of Saudi crude per day in the early 1990s but the figure dropped to less than 500,000 barrels per day in the month that ended on 31 December 2021.

In light of these details, some experts argue that contracting oil sales in a less stable currency like the yuan may jeopardize Saudi Arabia’s budgetary position. The impact on the Saudi economy would most likely be determined by the amount of oil sold and its principle price in the market.

On the contrary, another pool of prominent economists suggests that moving away from dollar-denominated oil sales would diversify the kingdom’s revenue base and might eventually lead to the Saudi Riyal (SAR) being pegged to a basket of currencies, similar to how Kuwait did it.