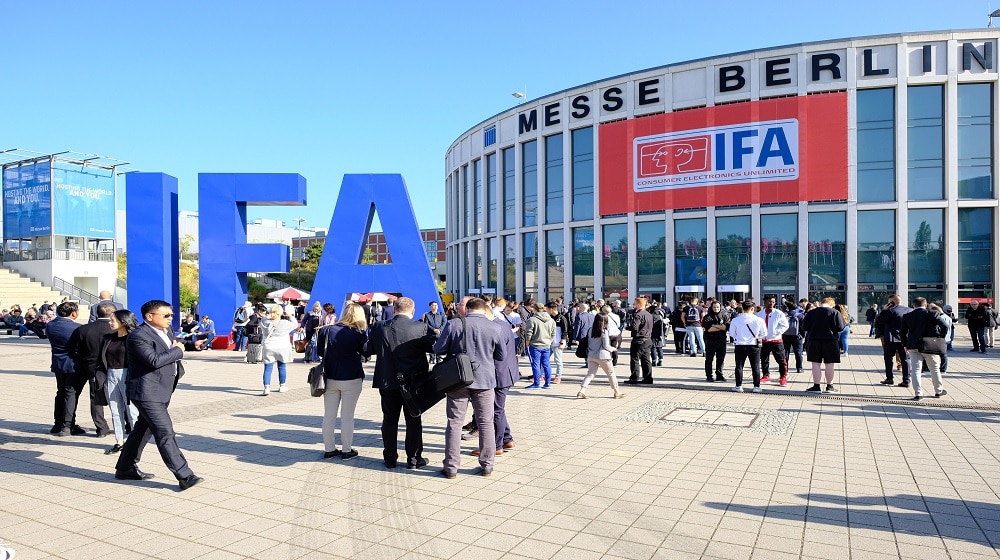 The most inspiring trade show for consumer electronics and home appliances, IFA announced that it will be returning to an on-site format this year. The event is set to take place on 2 September and last till 6 September in Berlin. The show is the largest showcase of the latest developments in consumer electronics, home appliances, information technology, and telecommunications.

Now though, it’s finally time to ‘get real’ and once again organize a full-size trade show at the grounds of Messe Berlin and in a city that is not only the capital of Europe’s largest consumer market, but evolved as a European media hub as well[…] Many leading global; brands have already committed their participation. As of now, we register high demand for the IFA Fitness & Digital Health area and the Home Appliances section.

The event was canceled last year due to the COVID-19 pandemic.

Martin Ecknig, CEO of the Messe Berlin (the venue where IFA is usually held) stated:

The industry has a strong desire to return to an in-person event, and we are committed to making that a reality in Berlin this September in a safe and successful manner.

As the world slowly recovers from the pandemic with limited COVID-19 restrictions, it is highly likely that the IFA will see full attendance.