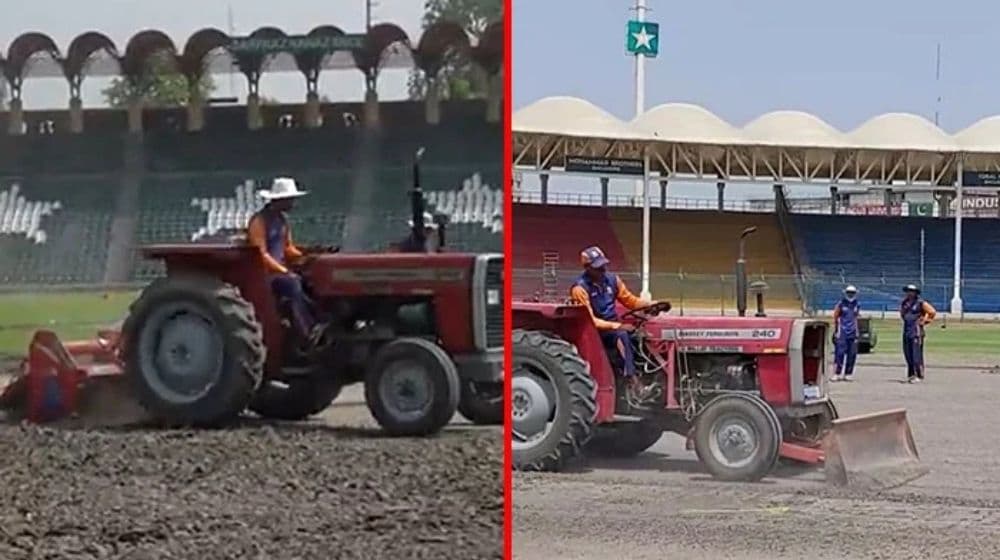 As Pakistan has a packed schedule this year at home, the curators and ground staff have started the first phase of preparing new pitches at the National Stadium Karachi and Gaddafi Stadium Lahore on the directive of PCB Chairman, Ramiz Raja.

PCB said in a statement, “Preparation of GSL and NSK for another big season has started! Separately and as part of PCB’s efforts to create best possible facilities for Pakistan future stars, up-gradation of pitches in the first phase at select grounds that entertain max grassroots cricket is near completion.”

The details further reveal that the cricket board will keep the T20 World Cup in Australia in mind and will provide the Australian soil-made hard and bouncy pitches. Pakistan will also host England and New Zealand at home this year.

The cricket board has also said that Bermuda and Dhaka grass will be added to pitches in Karachi and Lahore while a total of 13 pitches will be re-laid.

Pakistan Cricket Board was under severe criticism after they provided low bouncy tracks during the Pakistan-Australia series. Last month, PCB Chairman, Ramiz Raja, stated that they will install drop-in pitches in two stadiums but later changed his plans.