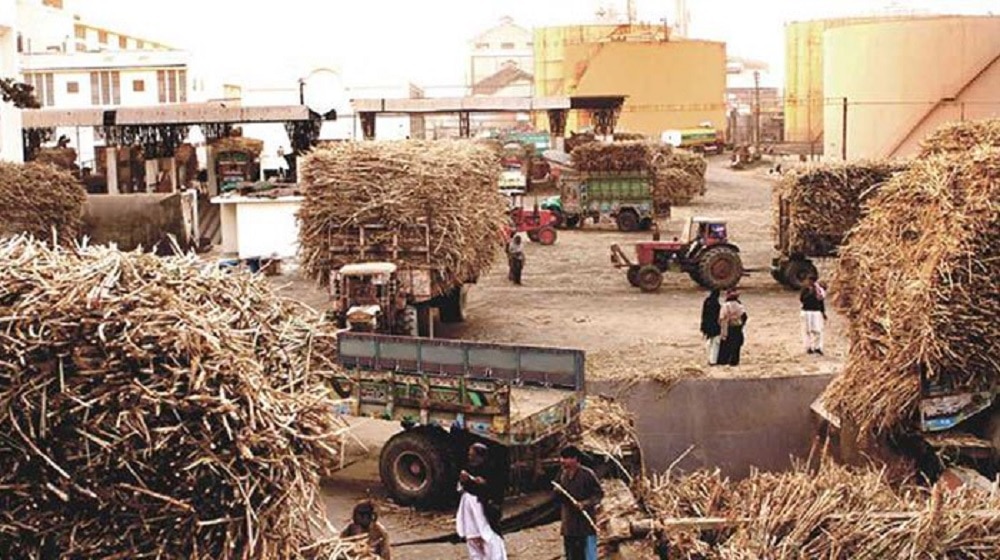 The Federal Board of Revenue (FBR) has found that out of 244,605 buyers (wholesalers/ distributors/dealers) of sugar from manufacturing units, only 333 buyers were registered with sales tax and 491 with income tax.

The Federal Tax Ombudsman (FTO) office has compiled a report on the non-registration of distributors/dealers in sugar industries (Income Tax, Sales Tax).

The said in-house “Sectoral Analysis Exercise,” was aimed at hitherto non-NTN holders/non-filers distributors of the sugar industry, who have been buying huge quantities of sugar from sugar mills/manufacturers but have not registered with the Inland Revenue Department.

During an analysis of the data, it was observed that these unregistered buyers, being whole-sellers, dealers, or distributors are also required to be registered under Sales Tax, irrespective of the value of turnover/supplies in terms of Section 14(e) of Sales Tax Act, 1990. Further, these unregistered persons/entities are easily identifiable because sugar mills are required to maintain records of supplies made during the tax period and issue tax invoices indicating the name, address, description, quantity, the value of goods, CNIC, or NTN of the unregistered person to whom supplies were made and the amount of the tax charged under Section 22 & 23 of Sales Tax Act, 1990. Above all, being a private limited company, it is bound to maintain a complete record of all transactions under SECPs regulations, Sales Tax Act, 1990, and Income Tax Ordinance 2001.

The Office of the Federal Tax Ombudsman took up representative cases for investigation from Peshawar, Abbottabad, Islamabad, Lahore, and Karachi in this regard. To address the above systemic paradox, the issue was referred to the Secretary Revenue Division for comments in terms of Section 10(4) of the FTO Ordinance read with Section 9(1) of the Federal Ombudsmen Institutional Reforms Act, 2013, and the details of the unregistered buyers were sought. The Sugar Mills are public limited companies incorporated in Pakistan, with their shares quoted on the Pakistan Stock Exchange Limited. These companies are engaged in the manufacturing and marketing of refined sugar and other allied products.

The Office of the FTO has received reports that the bulk of their sale is being made to the unregistered persons/non-NTN holders/non-filers, who were liable to be registered in Sales Tax as well as in Income Tax. However, despite making huge monetary transactions, these potential investors go scot-free without disclosing their identity and remain outside the tax net.

The tax department was asked to explain when Annexure “C” of Sales Tax Return data of unregistered persons was available with the department, and why this information was not utilized before the intervention of the FTO. FBR contended that there is a huge workload coupled with a dearth of human resources, hence due attention was not accorded to this important exercise. However, the FBR explained that the Director-General of broadening the tax base (BTB) has specifically been created for this purpose and not only in the case of Sugar Mills, but in other companies containing such meaningful data can be shared with the Director-General of BTB for further processing and follow up actions to ensure a result-oriented exercise of BTB.

The argument of the FBR was analyzed threadbare and the factual position; established that the RTOs/LTOs having jurisdiction in the case of Sugar Mills were not vigilant and competent enough to enforce the ‘unregistered buyers’ information through withholding statements u/s 236G and H of Income Tax Ordinance, 2001; proper enforcement of Sections 22 & 23 of Sales Tax Act, 1990 (Records) read with ST Rules; Annexure “C” of the Sales Tax Return with complete identifiable particulars and action under Section 176 of the Income Tax Ordinance, especially during the audit proceedings.

It was concluded that the field formations were not vigilant in procuring information related to unregistered buyers as per declaration in Annexure ‘C’ of the monthly Sales Tax Return. The field formations appeared to be content with whatever was being submitted in the monthly Sales Tax Return. The data of unregistered buyers were not being examined to broaden the tax net.

Similarly, in routine audits of Income Tax & Sales Tax, no effort was being made to penetrate this curtain, which shields the high tax potential of unregistered persons in the sugar sector. Therefore, after observing the negligence and inefficiency on the part of field formations of FBR in the discharge of their responsibilities related to broadening of the tax base, FBR was directed to:
(i) To enforce complete Withholding statements of Sugar Mills under Section 236G & H for the last four years invoking provisions of Section 165(2B) read with Section 182(1) & 191(1)(ca) of the Ordinance. This action would not only provide valuable data of un-registered buyers for BTB, but it will entail the substantial collection of taxes under Section 236 G & H of the Ordinance for past & future as per law.

(ii) After obtaining complete Identifiable particulars, the data is required to be segregated between existing taxpayers/filers and un-registered/non-filers.

This segregated data needs to be shared with the concerned RTOs having jurisdiction over individual buyers for cross-matching in the cases of existing taxpayers and registration of unregistered cases in Income Tax as well as in Sales Tax under Broadening of Tax Base and consequent appropriate action as per law.

(iii) In case of any Benami transactions, the data may be sent to DG Anti–Benami Initiative, Islamabad, for further processing and follow-up action under Benami Transaction (Prohibition) Act 2017, FTO investigation concluded.