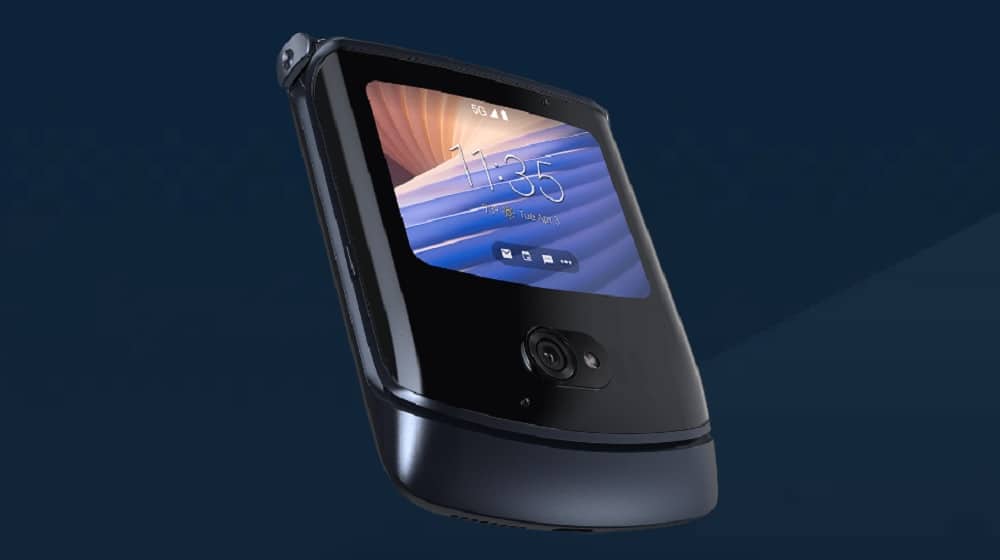 Motorola is launching the successor to the Razr foldable phone, expected to launch later this year. Live shots of the device recently came to light giving the first look at its appearance.

91Mobiles revealed the images which appear to be an internal testing model of the upcoming Razr phone codenamed ‘Maven.’

The phone looks eerily similar to the Samsung Galaxy Z Flip3 with a slightly boxy and square-shaped design. Unlike previous Razr phones, the fingerprint scanner is now embedded in the power button on the side. The phone also does not include the ‘chin’ like the previous Razr clamshells. 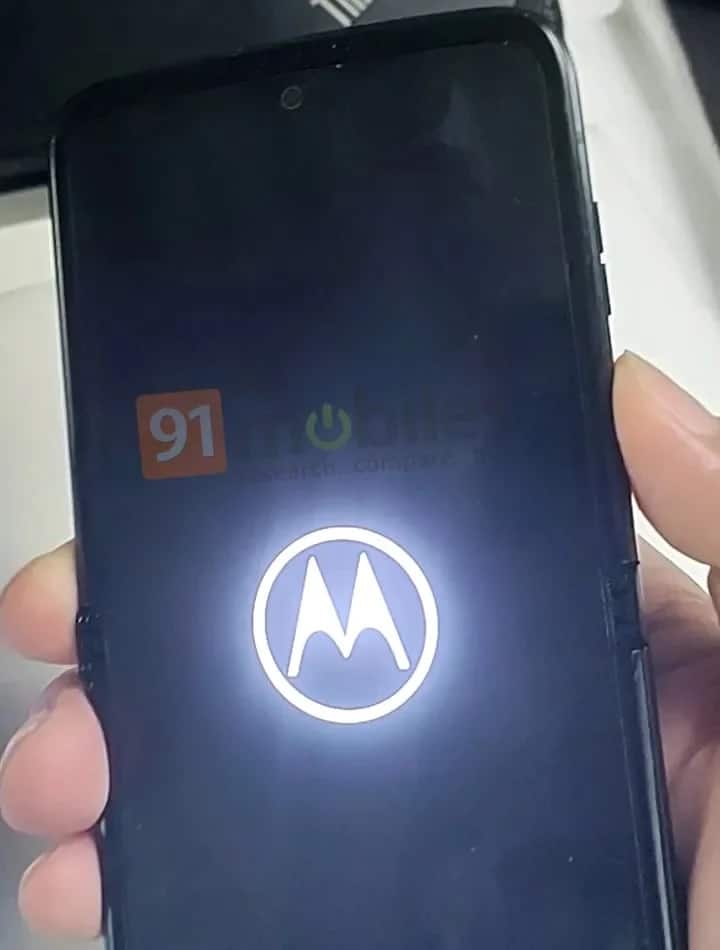 91Mobile claims that the display has a Full HD+ foldable screen on the inside, but did not reveal details regarding the inner and outer displays. The phone is expected to come in Quartz Black and Tranquil Blue colors.

The rear of the device supports a dual-camera setup, with a 50MP main camera with an f/1.8 aperture, and a 13MP ultra-wide camera that also doubles as a macro sensor.

At the front, the phone features a 32MP camera housed in the inner display’s punch hole. 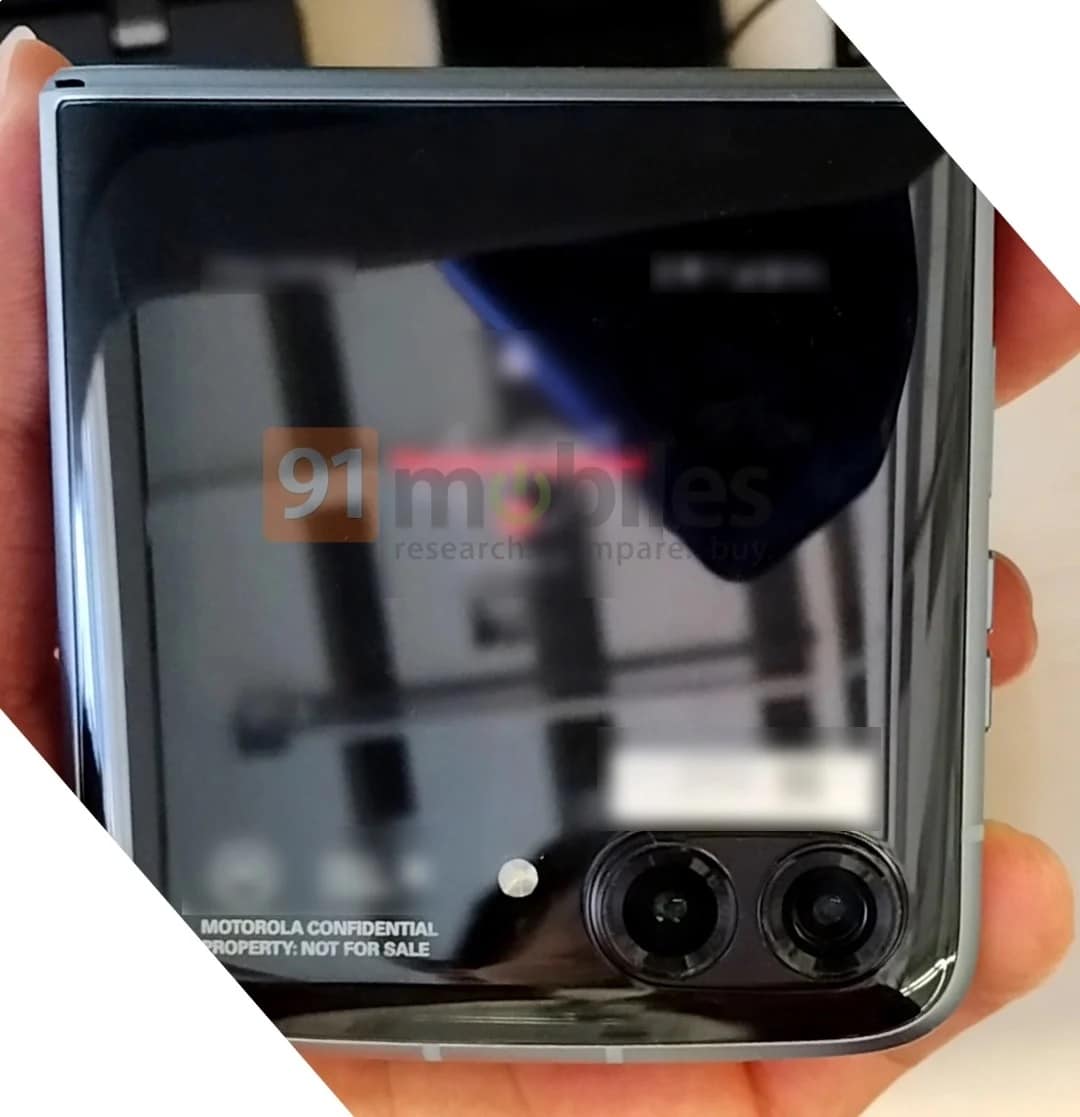 The phone will be powered by the Snapdragon 8 Gen 1 SoC and will also come with other chipset variations, including the upcoming Snapdragon 8 Gen 1+. It will feature 8GB or 12GB of RAM and 256GB or 512GB of internal storage.

Details regarding the battery size or charging capabilities. The phone is likely to launch in China first in July or August and will be released globally later.