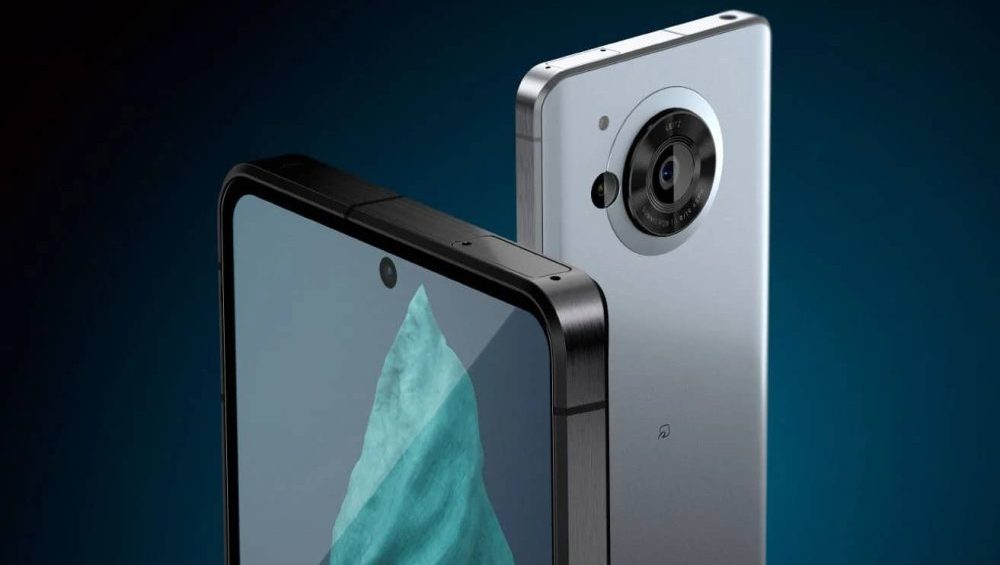 Earlier this year, Sharp launched its 2022 flagship phone with a massive 1-inch camera sensor. This made the Aquos R7’s camera one of the biggest in the world, similar to the Sony Xperia Pro I.

Sharp has now released an update to the Aquos R7 with the Snapdragon 8 Gen 1 chip, but the same 1″ camera sensor. It also has a slightly different design from before. The Aquos R7 has a 6.6-inch OLED display with 1080p resolution and an impressive 240Hz adaptive refresh rate, something you find on professional gaming monitors. It also supports 10-bit colors, HDR10+, and is protected by Gorilla Glass Victus. Its peak brightness is a whopping 2000 nits.

The fingerprint sensor is underneath the display and there is a tiny punch-hole cutout for the selfie camera. It also has IP68 dust and water protection.

On the inside, you get the flagship 4nm Snapdragon 8 Gen 1 SoC with up to 12GB RAM and 256GB storage options. There is no memory card slot for storage expansion. The phone will boot Android 12 out of the box.

The phone’s main highlight is at the back where there is a massive 1-inch sensor for the primary shooter. This is covered by a 47MP camera which is able to capture 1.8 times more light than the previous generation. There is only a single secondary sensor on the back which is a 1.9 portrait camera.  This camera is capable of 4K and 8K video recording.

The selfie camera sitting in the punch-hole cutout is a 12.6MP shooter.

The battery compartment holds a 5,000 mAh battery. There is no word on fast charging, but it most likely has support for it since it is a 2022 flagship phone.

Pricing and availability details are yet to be revealed, but the phone will come in Black and Silver color options.

The Japanese phone maker has also announced a mid-ranger dubbed the Aquos Wish 2. It is a compact phone with a 5.7-inch IPS LCD and it is made out of recycled plastics. It is powered by the Snapdragon 695 SoC and packs a 3,730 mAh battery. It boots Android 12 out of the box and has IP68 protection.

There is only a single 13MP camera on the back and an 8MP selfie camera up front. Sharp has not revealed pricing or availability, but the phone will come in white, charcoal, blue, and coral color options.