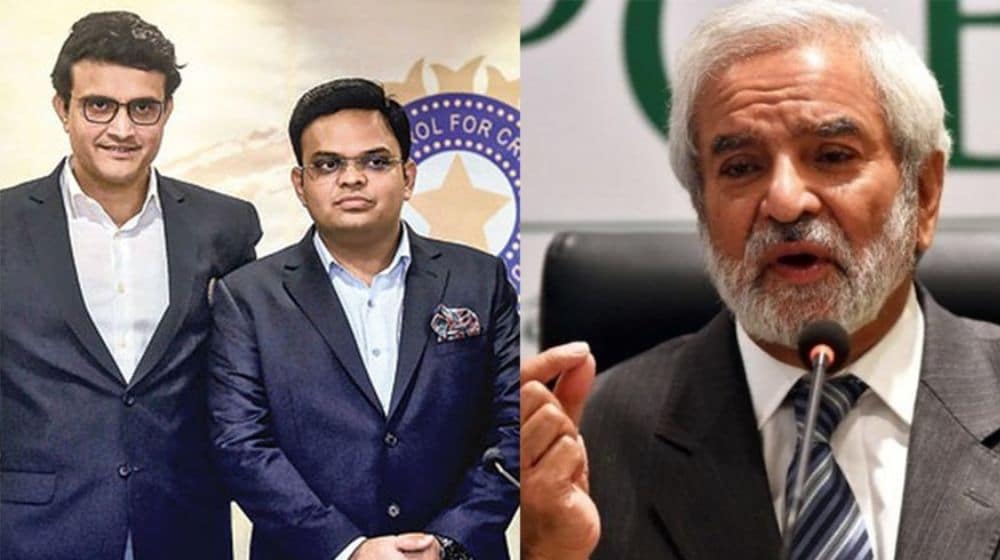 Former Pakistan Cricket Board (PCB) chairman, Ehsan Mani, has blamed the BJP-led Indian government for interfering in the BCCI’s internal matters saying Sourav Ganguly is the president but decisions are being made on BJP’s directives.

Ehsan Mani said, “Although BCCI have Sourav Ganguly but has anyone ever wondered who their secretary of the board is? Jay Shah, son of Amit Shah. The BCCI treasurer is the brother of a BJP Minister.”

The relationship between the two cricket boards has been passing through a rough patch since Narendra Modi came into power.

The former PCB chairman further said that he had tried his best to build a productive relationship but he did not want to sacrifice the country’s integrity as he came to know that BCCI was running on BJP dictations.

“The real control lies with them and BJP dictates BCCI which is why I did not pursue patching ties with them. I never turned them down but I did not want to sacrifice our integrity.”

Earlier this year, former Pakistan captain Imran Khan had also criticized Narendra Modi-led government for interfering in the cricket board’s matters saying there won’t be any forward movement in relations until BJP is in power.

The former chairman also shed light on the efforts he made during his tenure saying he tried to amend the law that allows the Patron-in-Chief to directly interfere if the chairman’s performance is questionable.

“When I was the PCB chairman, we amended the law such that the Patron-in-Chief cannot directly interfere if the chairman’s performance is questionable. Only the board has the authority to do something about it,” he told.

“The Patron-in-Chief only has the authority to recommend two out of eight board members and it is then up to the board to determine who they would want to appoint as the next chairman,” Mani concluded.