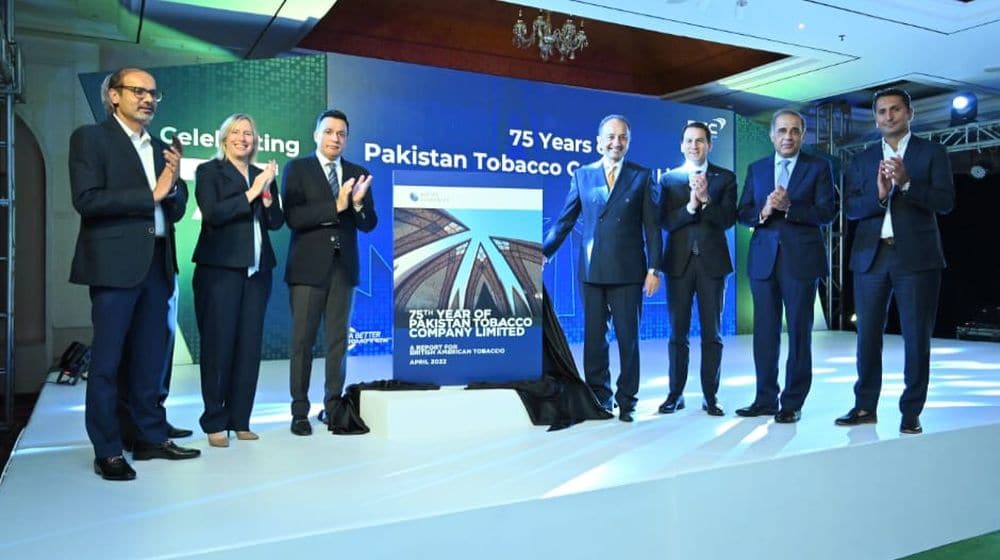 The Minister of State (Petroleum Division), Dr. Musadik Masood Malik, has said that the success of a track and trace system depends on its across-the-board effective implementation.

He said this at the launch of a research report by Oxford Economics UK on the positive economic impact of the Pakistan Tobacco Company Limited (PTC) on Pakistan’s economy.

The PTC celebrated its seventy-fifth year of operating in Pakistan by hosting an event to launch a report developed by Oxford Economics. The report highlighted the PTC’s positive association with Pakistan since its inception and its contribution to the country’s GDP, taxation, employment, foreign investment, and corporate social responsibility.

Speaking on the occasion, Minister Malik acknowledged the company’s economic and social contributions over the last 75 years. He stated that it had contributed more than Rs. 450 billion in Federal Excise Duty (FED) and General Sales Tax (GST) revenue in the last five years to the economy.

The minister also recognized the threat of the illicit sector and acknowledged that the success of a track and trace system depends on across-the-board implementation and effective enforcement. He also assured that all legal and enforcement machinery at the government’s disposal will ensure the eradication of illicit cigarettes.

The Group Head of International Trade and Fiscal Affairs for British American Tobacco (BAT), Donato DelVecchio, shed light on two significant investments in Pakistan at the event. The first is the setting up of a tobacco-free nicotine-containing oral manufacturing plant that is a global center of excellence for developing, manufacturing, and exporting BAT’s portfolio of reduced-risk new category products. The second is the establishment of BAT’s New Global Business Services hub. Together, these investments account for more than $45 million injected into Pakistan’s economy.

CEO and MD PTC, Ali Akbar, quoted the report and commented that the company had contributed Rs. 133 billion in total taxes to the national exchequer in 2021 and became one of the largest taxpayers in the country. The company had embarked on its ‘Made in a Pakistan’ journey for exports in 2018 and $37.2 million worth of products was also exported from Pakistan last year alone.

Besides this tax contribution, the PTC’s traditional business and its value chain contributed a total of Rs. 122 billion to Pakistan’s GDP in 2021 and the company generated over 76,000 direct, indirect jobs and induced jobs.