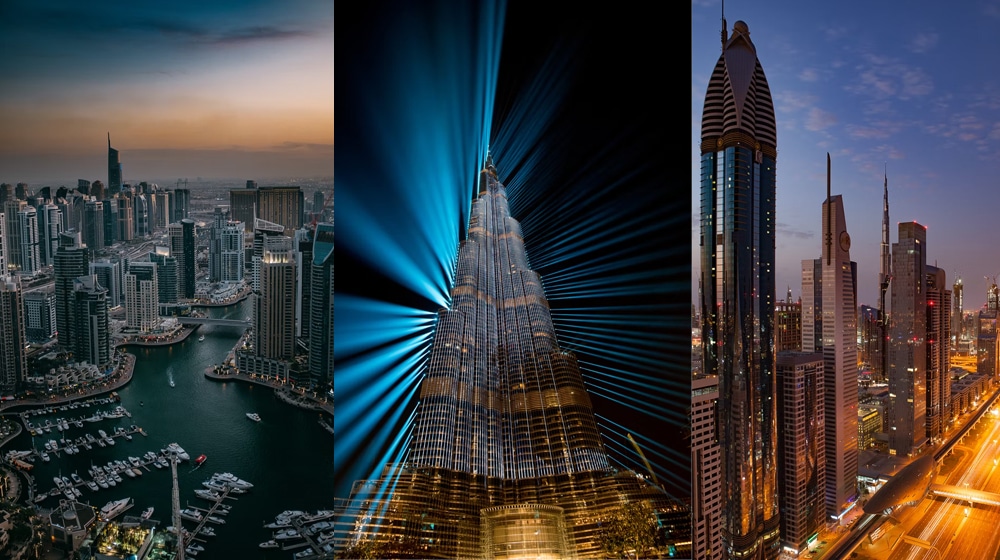 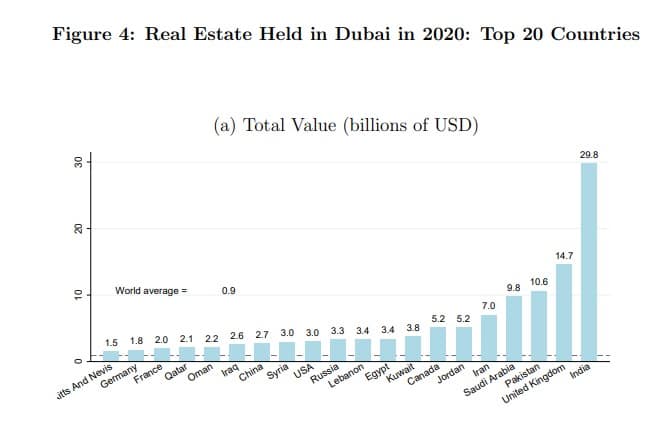 According to a research paper, “Who Owns Offshore Real Estate? Evidence from Dubai” written by Annette Alstadsæter (NMBU) Bluebery Planterose (EU Tax Observatory), Gabriel Zucman (UC Berkeley and EU Tax Observatory), and Andreas Økland (NMBU), about half of the offshore Dubai real estate is owned by individuals from India, the United Kingdom, Pakistan, Saudi Arabia, and Iran. Other large investors in absolute terms include Canada, Russia, and the United States.

The paper analyzed nearly 800,000 properties in Dubai and made several interesting observations. It notes that offshore real estate in Dubai is massive, with at least $146 billion in foreign wealth invested in the property market. A deeper breakdown of the data suggests that the total market value of properties in Dubai at USD 533 billion in 2020, of which about 27 percent is foreign-owned. 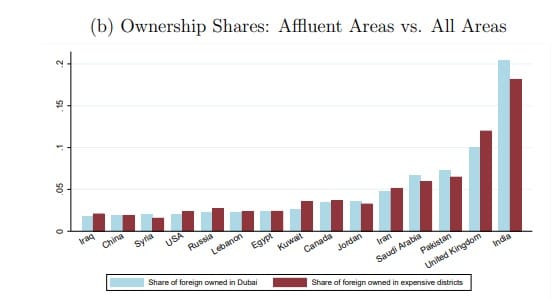 These patterns hold when focusing on the most affluent neighborhoods, with the main difference that Indian investments become relatively smaller and Russian investments larger. Third, a number of conflict-ridden countries and autocracies have large holdings in Dubai relative to the size of their economy, equivalent to 5–10 percent of their GDP. This suggests that the official net foreign asset position of a number of low-income economies is significantly under-estimated. 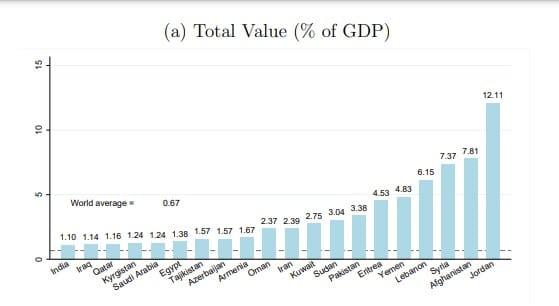 Similarly, geographical proximity and historic ties are important determinants of foreign investments in Dubai. The bulk of foreign-owned properties in Dubai belongs to owners from the Middle East, South Asia, Europe, and Central Asia. The largest foreign owners (both by the aggregate value of properties owned and by the number of owners) are Indian nationals.

About 35,000 Indians own Dubai properties, worth almost USD 30 billion (20 percent of total offshore Dubai real estate). The United Kingdom comes next (23,000 unique owners, with properties worth USD 15 billion, 10 percent of the total). 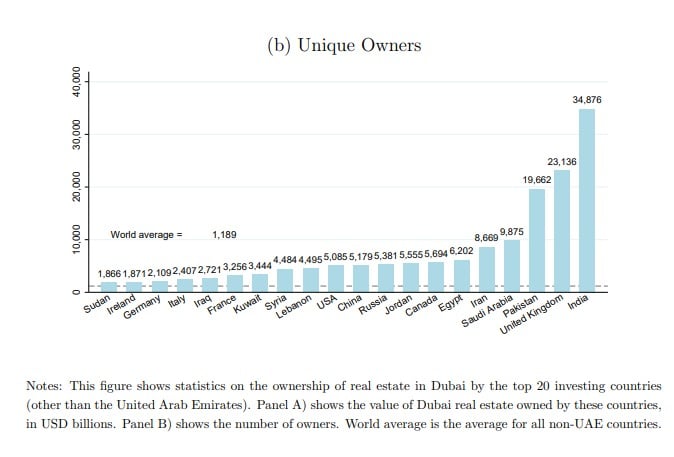 About 8 percent of offshore Dubai real estate belongs to owners from the European Union. These patterns remain when we focus on the most affluent neighborhoods, where the share of real estate owned by foreigners is particularly large, around half. The main difference is that while India remains the largest owner, its share of foreign-owned real estate falls, while the share of Russia is multiplied by two, to reach 6 percent in the most expensive districts.

Generally, there has long been a concern that real estate is used for money laundering and hiding wealth from tax authorities. However, to date, there has been very little data to quantify this issue, as most estimates of offshore wealth focus on financial assets.

This finding illustrates the limitation of the current forms of international information exchange and suggests that additional policies—such as information sharing on the owners of real estate —may be required to create transparency and curb tax evasion through offshore financial centers.