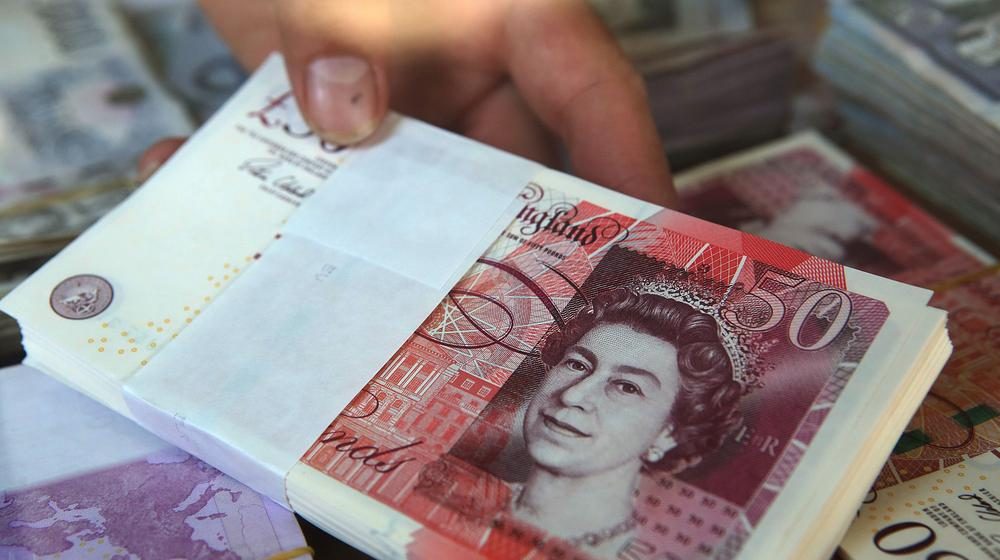 The Pakistani Rupee (PKR) continued to fall against the US Dollar (USD) and posted losses in the interbank market today. 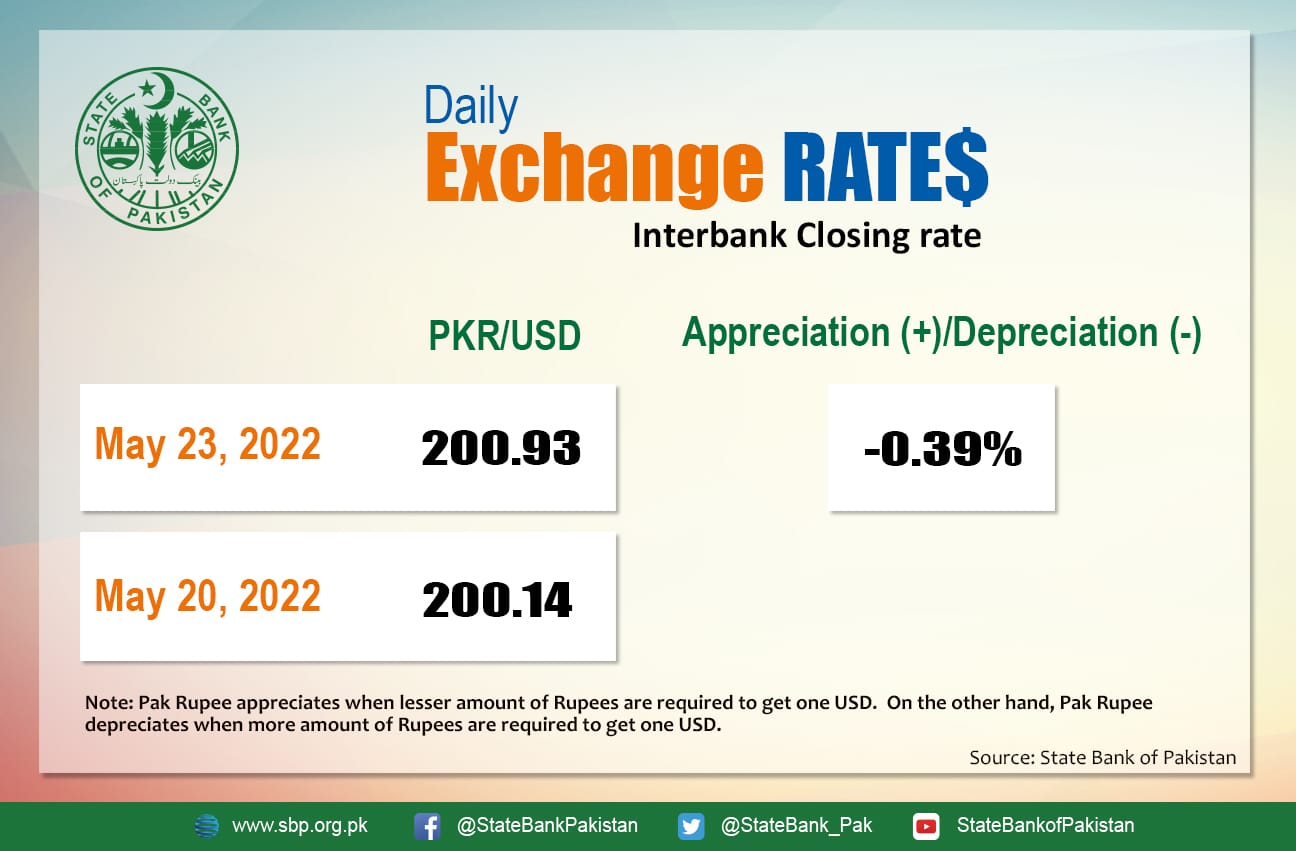 The rupee shed losses for a mortifying twelfth consecutive day after Finance Minister Miftah Ismail ruled out the withdrawal of subsidies on petrol and diesel, and said that Prime Minister Shehbaz Sharif had eliminated the possibility of ending the subsidies. Miftah also expressed hope to be able to reach an agreement with the IMF that will be in Pakistan’s best interest and expects to return to Pakistan with good news.

SBP is joining the party late. The minimum expectation was 100 bps already. This should address some of the market concerns and can taper off the yield curve knowing hefty borrowing needs. Increasing rates on LTFF/EFS subsidy is being reduced as we gear up for the IMF program this week.

He added, “Compounded with IMF talks, and subsequent bilateral inflows, the PKR could see an end to the misery and navigate under Rs. 200 in the next few weeks. It’s unfortunate that delayed right decisions have caused the economy’s hard landing. But what’s needed is done. Brace yourself for economic contraction”.

On the political front, markets appeared bearish after former Prime Minister Imran Khan called on the nation to peacefully march toward Islamabad on 25 May in a bid to press for fresh elections. Since his removal, Khan has addressed rallies across major cities in Pakistan as he mobilizes for a grand show of strength in the federal capital on Wednesday.

Globally, oil prices regained yesterday’s losses in the early hours of the day as an imminent European ban on Russian oil balanced out investor concerns about economic fallout hitting overall demand. Brent crude edged a few levels to sit at $114, while the US West Texas Intermediate (WTI) crude rebounded from last week’s blushes to settle above $111.

The PKR drop continued against all the other major currencies in the interbank market today. It lost 64 paisas against the Canadian Dollar (CAD), Rs. 1.35 against the Euro (EUR), Rs. 1.54 against the Australian Dollar (AUD), and Rs. 2.69 against the Pound Sterling (GBP). 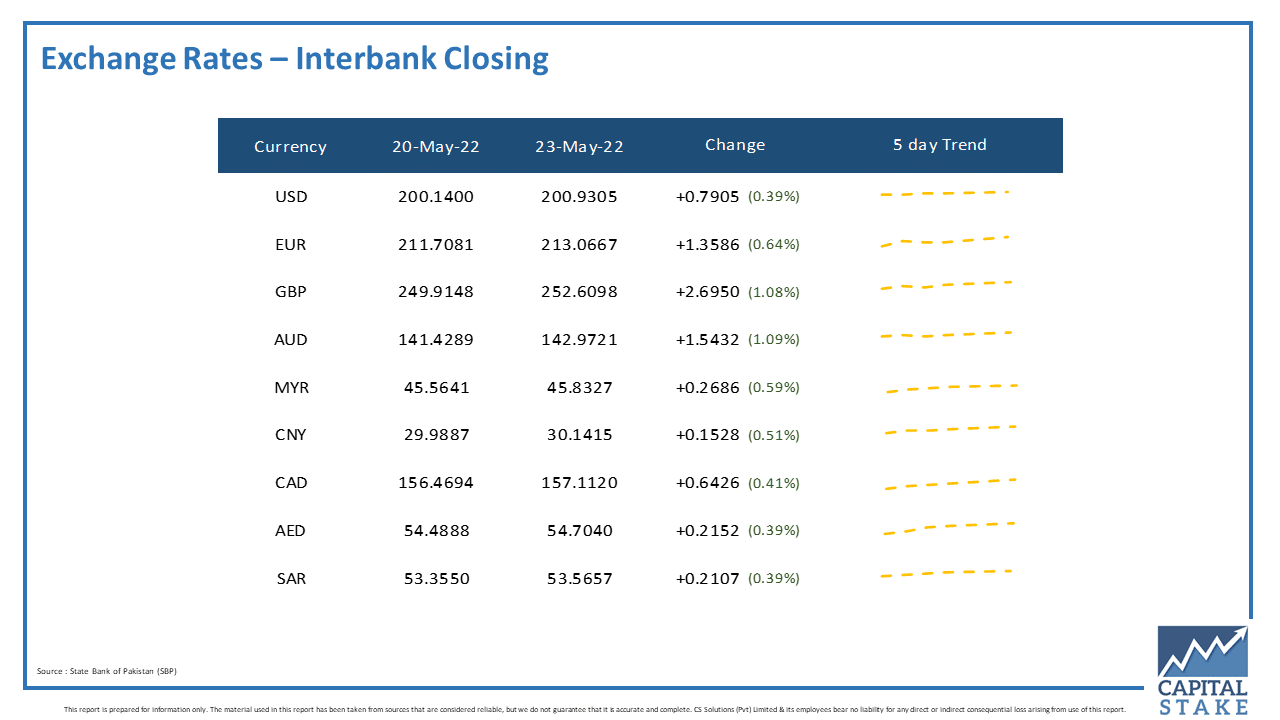 Moreover, it lost 21 paisas against both the Saudi Riyal (SAR) and the UAE Dirham (AED) in today’s interbank currency market.