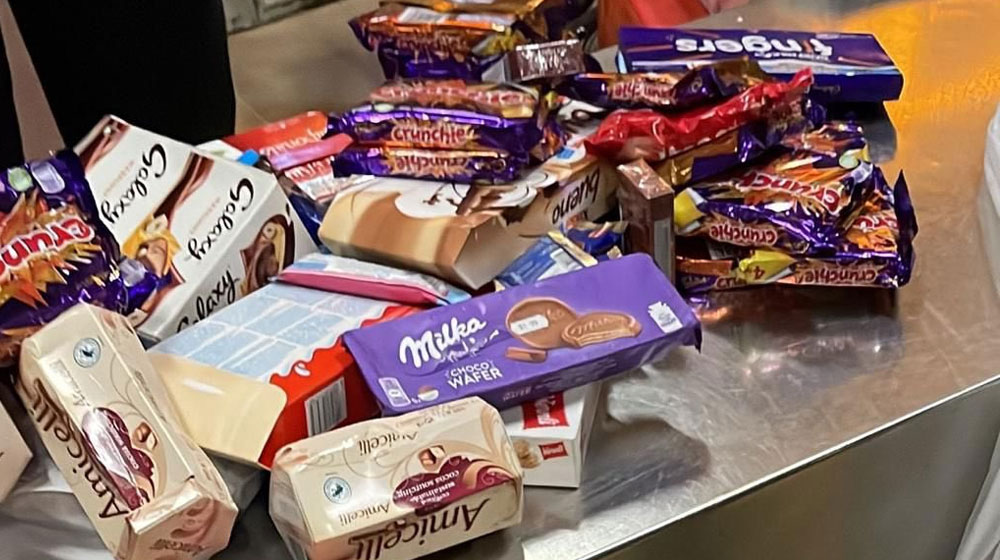 The development triggered a debate about whether the ban on imported items imposed last week also extends to personal items being brought by travelers in their luggage.

Our Customs force making sure the PMLN doesn’t win a single vote from Pakistanis who travel to and from abroad. pic.twitter.com/avjXOEuSn9

Finance Minister, Miftah Ismail, in a clarification tweet on Tuesday, said that the government has increased surveillance at the airports amid fears that its decision to ban imports would increase the smuggling of non-essential items.

“As the govt has banned the import of a few non-essential items, we fear that smuggling of these items will increase. Therefore we have increased enforcement against professional khaipyas. Officials know who they are,” he said, adding that the ordinary citizens bringing in a few items will not be harassed.

As the govt has banned the import of a few non-essential items, we fear that smuggling of these items will increase. Therefore we have increased enforcement against professional khaipyas. Officials know who they are. Ordinary citizens bringing in a few items will not be harassed. pic.twitter.com/NFXJMAymUs 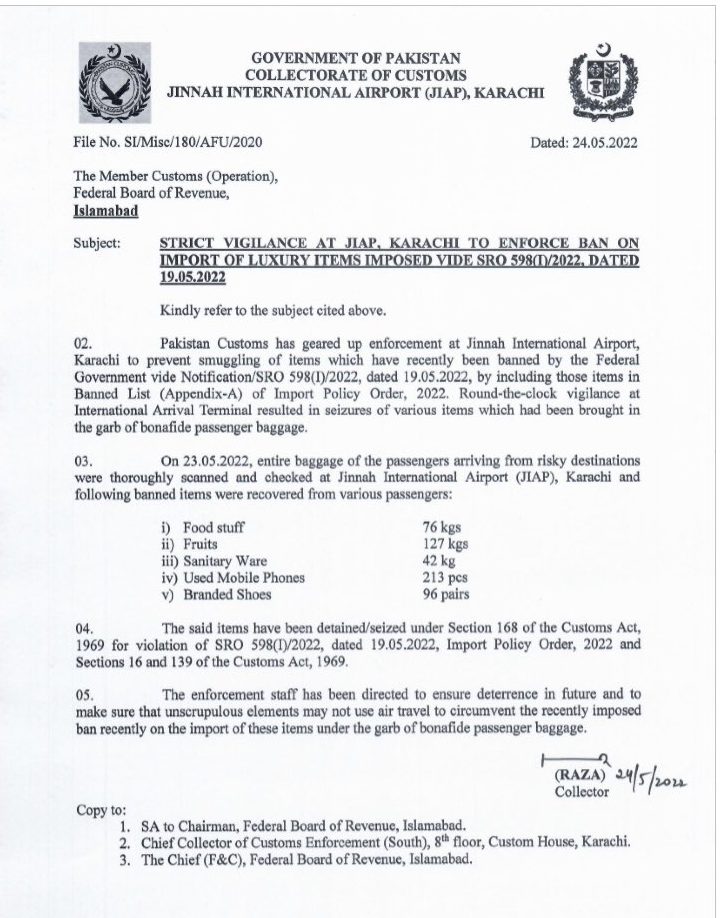 On the other hand, the Federal Board of Revenue’s (FBR) receipt shows that 5kg of food stuff was detained from a passenger who was coming from Dubai under SRO 598(I)/2022.

The authorities claim that the measure was in line with the government’s announcement last week in which it imposed a ban on the import of all non-essential luxury items in its effort to steer the country out of its existing financial crisis.

The items banned by the government are listed in the tweet below:

Government has banned the import of following luxury items to save precious foreign exchange. pic.twitter.com/7JVMYQ0HNx