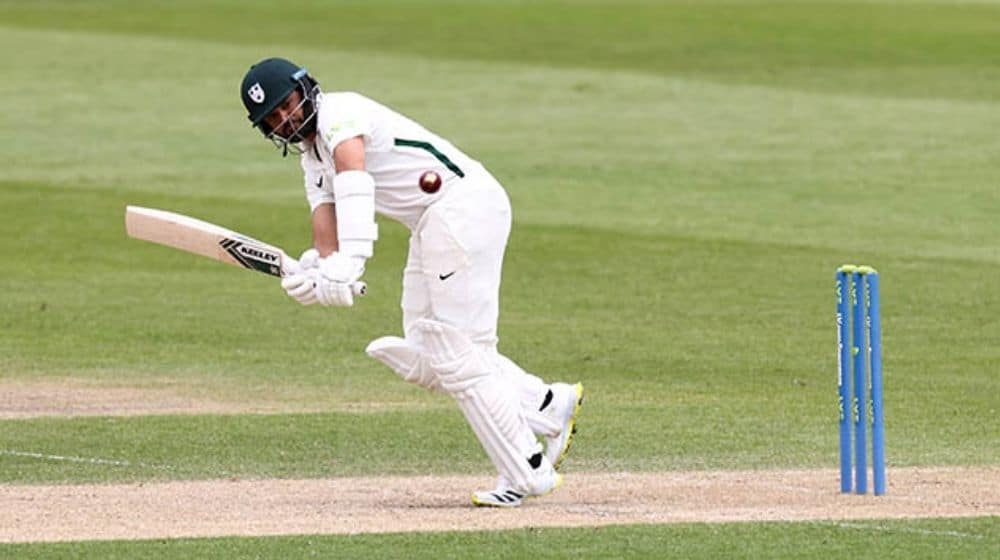 Pakistan’s veteran Test cricketer, Azhar Ali, has been named performer of the week of the County Championship for scoring an outstanding double hundred against Leicestershire in the previous round.

Last week, the middle-order batter smashed 225 runs off 350 balls with the help of 22 fours and a six in a Division 2 match against Leicestershire.

The vote has spoken!

With a massive 57.9% of votes, @AzharAli_ is this week's #LVCountyChamp Performer of the Week! 👑pic.twitter.com/vyiXgYXU6Q https://t.co/WdRUa6WIe2

Azhar along with Jack Haynes stitched a 281-run partnership for the third wicket which is also a record partnership for any wicket against Leicestershire. They surpassed Searle Walters and HIV ‘Doc’ Gibbons’ 278 on New Road in 1934.

Earlier this year, the International Cricket Council (ICC) rated Azhar Ali’s 185 in the first innings of the Rawalpindi Test against Australia among the best batting performances in the 2021–2023 World Test Championship.

Azhar also became the second Pakistani batter after Shan Masood to score a double century in the ongoing County Championship. He also managed to score two half-centuries against Durham and Derbyshire, however, he failed to get past 100 on both occasions.

Azhar Ali has played 94 Test matches for Pakistan and has scored 7,021 runs at an average of 43.07 including 19 hundred and 35 half-centuries.