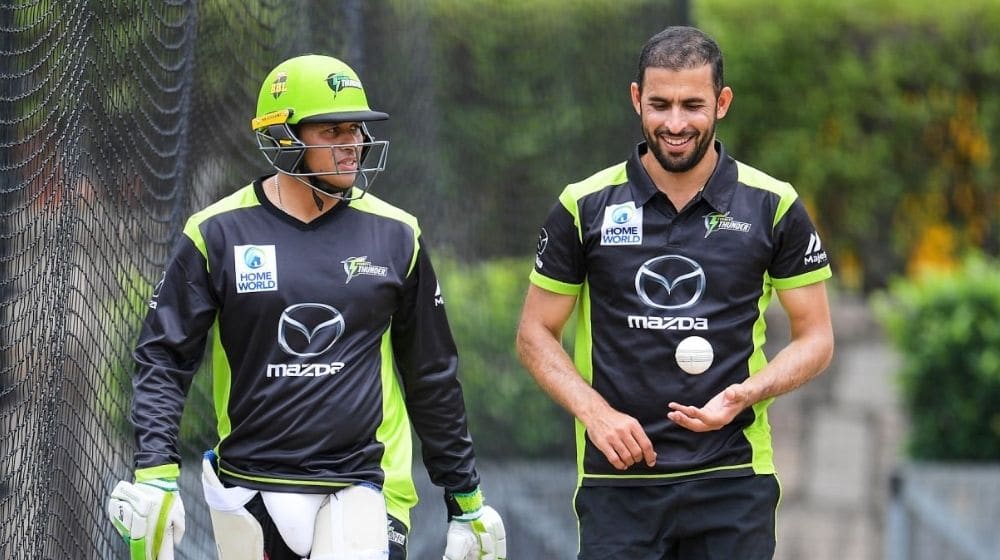 Former Australian leg-spinner, Fawad Ahmed, has expressed interest in becoming Pakistan national team’s spin bowling consultant for the 2022 T20 World Cup later in the year. Fawad said that his experience in Australian conditions will be helpful for the spinners and he is available as a spin consultant for Pakistan or any other team that requires his services.

The 40-year-old said that while he can be helpful to the spin bowlers, the experience of becoming a spin consultant will be beneficial for his personal growth as well.

Fawad said that he has no immediate plan of becoming a coach as he is still fit enough to play franchise T20 cricket but if a golden opportunity arrives to become a spin consultant then it will be hard to turn it down. Fawad added that he understands the transition period from a player to a coach is a difficult one so he has already started his coaching sessions.

The leg-spinner has already gained experience as a spin bowling consultant as he has worked with the Australian cricket team for their recently concluded tour of Pakistan.

“It was a great experience for me to be associated with the Australian side as a spin consultant. This was the first time I got to see how planning happens behind the door because as a player, you don’t get to witness these things. So, it was a huge plus point for myself,” Fawad stated.

Fawad has had success as a franchise T20 cricketer during his storied career. He has taken part in various franchise leagues around the world including the Big Bash League, Caribbean Premier League, and the Pakistan Super League. He has represented Islamabad United, Lahore Qalandars, and Quetta Gladiators in the PSL.