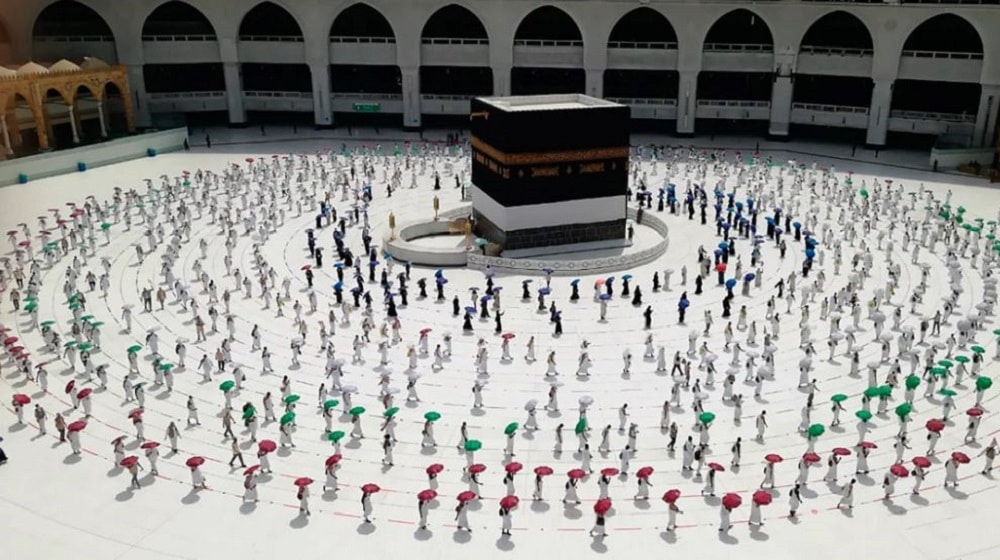 Muslims all over the world will be able to spot the Qibla on Saturday by simply facing the sun.

Astronomers say that the sun will be directly over the Kaaba at the Grand Mosque in Saudi Arabia on Saturday, 28 May, at 12:18 PM Makkah time. 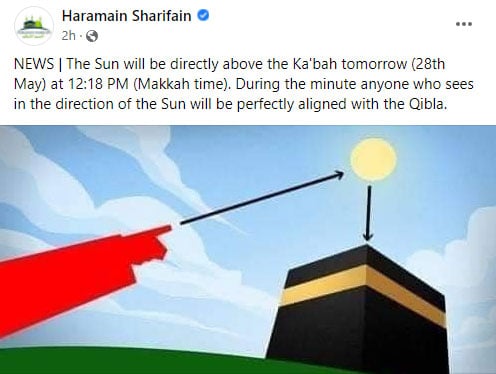 The Kaaba’s structure will cast no shadow at the specified time, and anyone facing the sun then will be directed toward the Qibla with 100 percent accuracy.

The alignment of the sun over the Kaaba in the Grand Mosque occurs biannually in May and July because of its location between the equator and the Tropic of Cancer, according to astronomers. This month, the sun’s first direct passage over the Kaaba will occur tomorrow at approximately 2:18 PM Pakistan Standard Time (PKT). 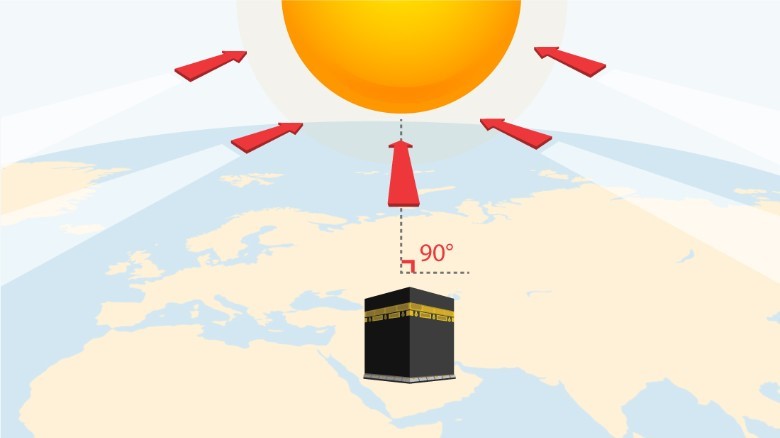