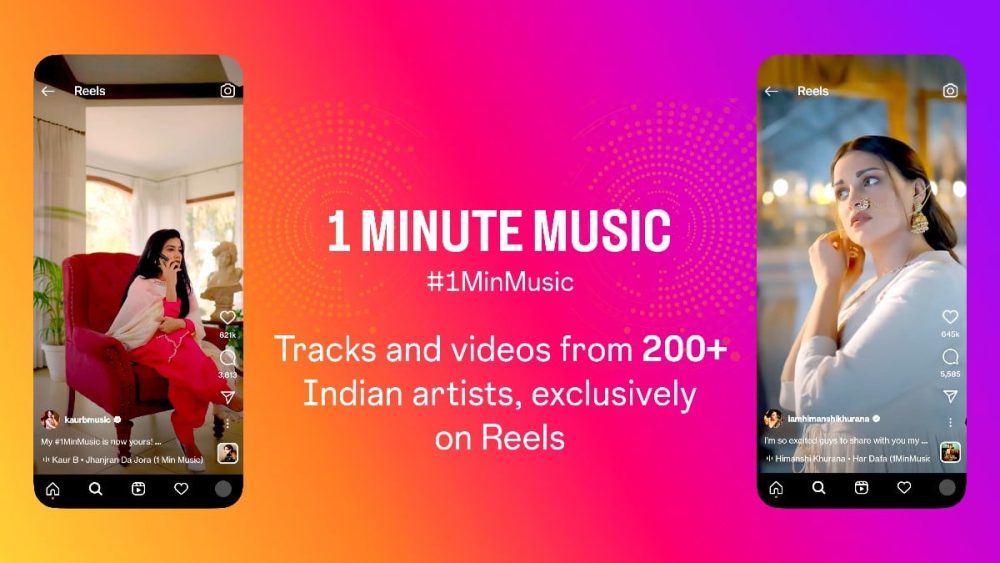 Songs and music tracks from various artists often end up on Instagram Reels and the social network has found a way to promote this feature even further. The app has introduced “1 Minute Music” for Instagram Reels which will feature a collection of clips from songs that are exclusively available for use on Reels and Stories.

The feature has only been introduced in India for now so currently it includes music from over 200 Indian artists to keep users in India engaged with Instagram content.

At the time of writing, 1 Minute Music includes music from various popular artists including Dhvani Bhanushali, Neeti Mohan, Shaan, Himanshi Khurana, and several others. Instagram hopes that the feature will attract more artists to release their tracks on the platform over time.

These tracks will be accompanied by music videos that are exclusively available on Instagram with different albums already released by Himanshi Khurana, Kaur B, Gurnazar Chattha, and others.

With ‘1 Minute Music’, we’re now giving people access to an exclusive set of tracks they could use to make their reels more entertaining. We’re also hoping this platform serves as a paradigm for established and emerging artists to share their own music, and create their own videos, all on Reels.

As mentioned earlier, the feature is only available in India for now but should roll out to other regions eventually.