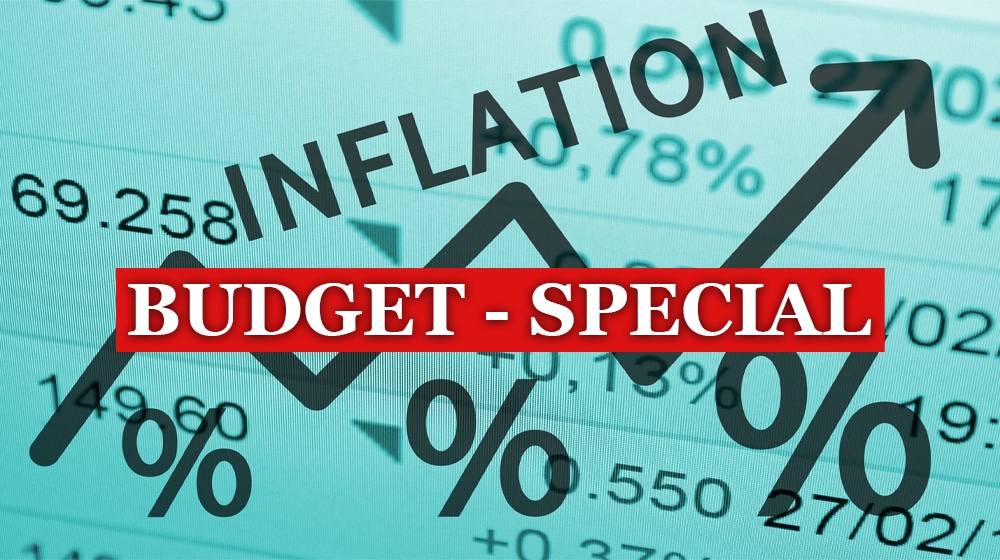 The headline inflation measured by the Consumer Price Index (CPI) was recorded at 11 percent on average during July-April 2021-22 as against 8.6 percent in same period last year, revealed the Economic Survey 2021-22.

The survey noted that the pressures on headline inflation during the period can be attributed to adjustment in prices of electricity and gas, a significant increase in the non-perishable food prices, exchange rate depreciation along with rapid increase in global fuel and commodity prices. The drivers of global price hike highlight that demand for goods was already strong but supply side limitations due to global logistics (transportation congestion) constraints added stress to already swelling prices. It is also recorded that the Wholesale Price Index (WPI) continued its upward trajectory, indicating persistent cost push inflationary pressure in the economy.

The survey noted that for the outgoing fiscal year, the inflation target was set at 8 percent, but abnormal increase in global commodity prices especially crude oil and the edible oil has soared the domestic prices since Pakistan is net importer of these essential items.

It is the 6th consecutive month when inflation rate has remained in double digit. CPI in April 2022 stood at 13.4 percent on a year-on-year (YoY) basis which was up from 12.7 percent in the previous month and 11.1 percent in April 2021. The pace of food inflation surged 15.6 percent in Urban and 17.7 percent in Rural during the month of April 2022.

Core inflation for Urban and Rural recorded at 7.6 percent and 8.3 percent respectively during July-April 2021-22 as compared to 5.8 percent and 7.6 percent during the same period last year. The YoY core inflation remained higher in both Urban and Rural as compared to the same months last year. The spike witnessed in YoY increase in core inflation due to higher domestic demand, lagged impact of exchange rate depreciation and revision of taxes (vehicles and postal services) which were kept unchanged in previous budget on account of COVID-19 related relief.

The group-wise breakdown indicates that major contributions to headline inflation are transport group followed by furnishing & household equipment maintenance and Housing, water, electricity & gas group. Transport group inflation stood at 19.4 percent against the decline of 1.3 percent during July-April FY21. Housing, water, electricity, gas & other fuel have recorded an increase of 11.0 percent during July-April fiscal year 2022 as against 5.7 percent during the same period last year.

Non-Perishable food items are the main contributory factor in jacking up the food inflation. Non-perishable food items recorded at 13.1 percent against the increase of 16.0 percent during the same period last year. Among non-perishable food items, the upward pressure came from edible oil followed by pulses and chicken. In case of edible oil and ghee products, manufacturers have been struggling with rising international prices of palm and soyabean oil since July 2020. The high prices of poultry bird mainly attributed to low production, weather variations and more than doubled rate of soybean (main ingredient of poultry feed). Inflation in perishable food items was increased by 4.1 percent against the slight increase of 0.1 percent during same period last year.

The survey noted that the Russia-Ukraine conflict has caused major disruptions to the supply of commodities. Both countries are key exporters of energy and agricultural products. The disruptions have exacerbated existing stresses in commodity markets following the recovery from the COVID-19 pandemic, which saw rebounding global demand and constrained supplies after 2020. Oil price rose to nearly $105.8/bbl in April 2022 and has shown an increase by 63.3 percent on YoY basis while the month on month basis showing a decline of 8.5 percent.

The rising input costs on the back of high utility prices and the lagged impact of exchange rate depreciation likely to maintain upward pressure on inflation in the following month of outgoing fiscal year. There is significant uncertainty around the outlook for international commodity prices as well which had been exacerbated by the Russia-Ukraine conflict.

The impact will be more visible in non-food prices, while the food prices are likely to remain stable due to effective monitoring of prices and smooth supply of essential items by the federal and provincial governments. As a result of these developments, average inflation forecasts have been revised upwards and will remain 11.5-12.0 percent in fiscal year 2022, the survey noted.