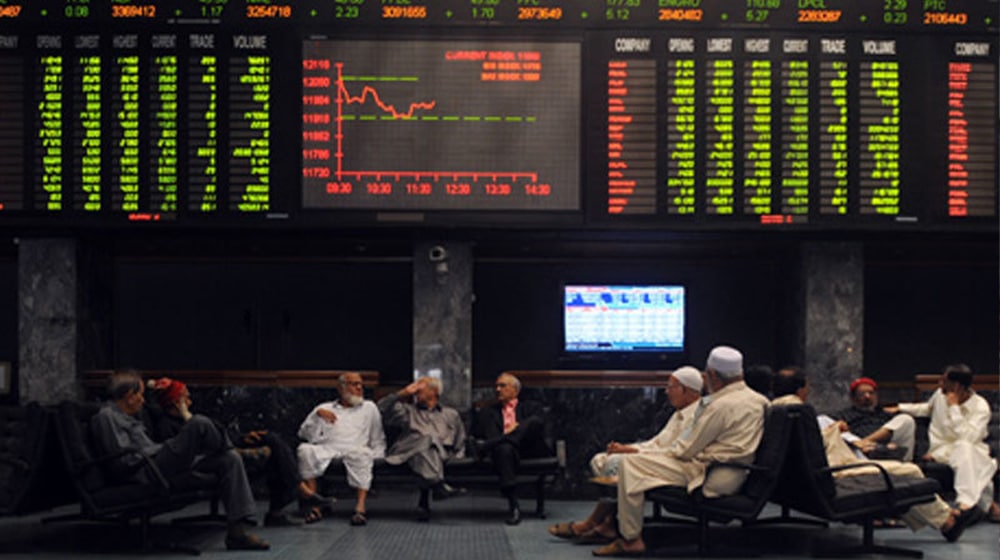 Pakistan equities witnessed a panic-struck sell-off during the early hours of trade on Monday, with the market crashing to its lowest ever tally in over four months.

The benchmark KSE-100 lost over 1000 points after opening trade at 42,069.65. The top bourse appeared bearish from the opening bell and immediately dropped into the red zone after shedding 1045 points or 2.47 percent by 2:15 pm, with banking and auto sectors the top negative contributors on the bourse at the time.

The recently announced Federal budget was being seen as positive for the revival of the IMF program but news over the weekend regarding a possible revision in budget proposals has introduced uncertainty in the stock market leading the index to fall below the 41,000 level. A similar trend has been witnessed in the fx market where the Rupee is trading at a PKR/USD of 204 at the interbank.

During early trade, local investors opted to offload their positions. Around 163 million shares were traded at the exchange, with 278 of the 347 active scrips declining in value, only 52 advancings, and 17 remaining unchanged.

Markets fell after the federal government on Friday presented the next fiscal year’s budget with a mix of stabilization measures laced with questionable reforms in the country’s real estate sector.

The forex market has also remained under pressure with PKR/USD currently trading at 202.25 in the interbank today.