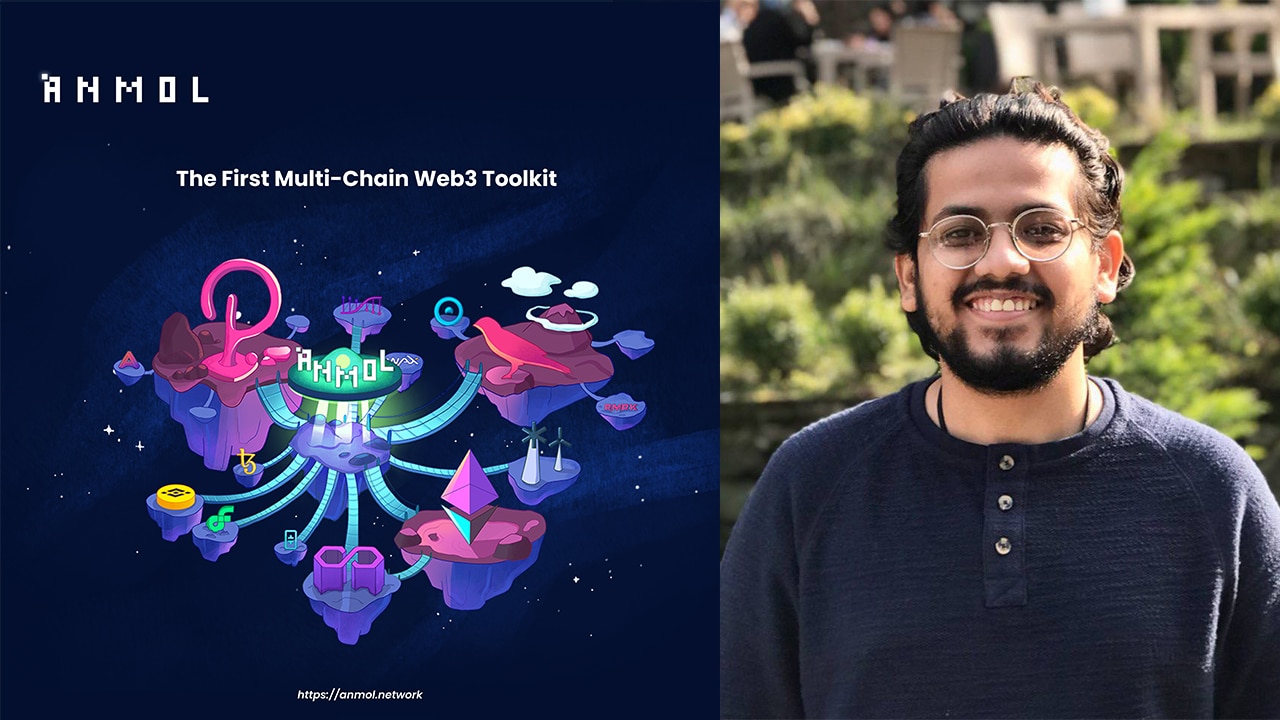 Blockchain is a ledger of decentralized data that enables transactional data from multiple sources to be collected, integrated, and shared with ease. By using this single-source network, businesses can reduce the cost of conducting reliable business transactions between organizations.

Since blockchain is receiving much of a hype in Pakistan, it’s not easy for individuals to understand this network without some basic knowledge of how this system operates.

To solve this problem a young Pakistani Startup ‘Anmol Network’ has come to the rescue, as it launches its ‘No-Code Builder For Web3’ that will bring connectivity for general users to the blockchain space without any prior knowledge of coding.

I’m sure that if you’ve gone online recently you have seen something about Web3 or cryptocurrency. Web3 is a blockchain-based version of the World Wide Web that integrates decentralization and a token-based economy.

Some analysts say Web3 will boost consumer data security, scalability, and privacy. Many blockchain enthusiasts believe that Web3 will fight big tech and bring more opportunity and equality within the global financial infrastructure.

In the last few years, major brands such as Paypal, Nike, Venmo, and even Wal-Mart are all joining in the blockchain craze. So what does all of this mean for you? Well, you can either be a part of the transition to Web3 or sit by and watch things unfold.

As with all new technologies, Web3 needs to complete the stages of mass adoption, before the future of the internet can truly become formidable in the present.

If We Build It, They Will Come

“Building The Future of The Internet” sounds like a feat that involves a lot of people with engineering degrees, but the truth of the matter is that just like web builders and social media enabled users to build and become a part of Web2, there is a way for any user, brand or business to stake their claim in Web3 with No Coding Skills Required.

Let us introduce to you, Anmol Network: “The Ultimate No-Code Builder For Web3”, focused on ease of use and accessibility.

Functioning like a WordPress or Canva for every facet of blockchain technology, Anmol empowers everyday internet users, small or large businesses, and developers to participate in the blockchain space, and build Web3 micro-projects with simple, easy-to-use applications at a nominal transaction cost and with no need to have development skills.

Anmol offers tools for NFTs, metaverse, GameFi, and DeFi, as well as social tools that bring the connectivity and engagements of social networks to the blockchain space.

Whether a user wants a new audited token with customized vesting, a DAO, a generative art NFT project of thousands, or even millions of NFTS, this and much more can happen in minutes using Anmol’s Web3 Builder and decentralized applications (DApps).

Given the need for scalability to foster mass adoption, Anmol Network is proud to partner with Polygon Technologies, the leading Ethereum scaling and infrastructure development platform.

Anmol’s tools are premiering their launch on Polygon, while developing for deployment on their native chain, and many other chains such as BSC, Solana, Tezos, Flow, and more.

We Are On Time To Catch The Web3 Wave

If we look back at the birth of the new technologies of our generations, many of us look back in retrospect and wonder why we didn’t act sooner.  We question why we didn’t come up with the idea for Amazon, Facebook or Twitter ourselves.

We contemplate what would have happened if we would have bought Tesla or Netflix stock when it first entered the market, or how much we could have made from acquiring and reselling popular domain names when they first came out.

The good news is, that Web3 is just at the beginning of mass adoption, and there is still plenty of time to get your foot in the door and become a Web3 creator, as opposed to a Web3 observer or user.

Anmol Network is heavily focused on facilitating integrations, providing use-cases, and supporting the transition to Web3 for non-blockchain establishments such as Schools, Museums, Galleries, and Event Arenas.

At the forefront of Anmol’s recent integrations is a partnership withThe Theatre of Digital Art in Dubai. Residents and tourists of Dubai will enjoy the AI-driven music visualization together with human creativity powered by Anmol Network! Register for this night of Ambient, Advanced Generative Art, and NFT here.

Do you have a business, brand or idea you would like to transition to Web3? Reach out to [email protected], or fill out the request form here, they are accepting partnership proposals.

Phaedra L is the Chief Marketing Officer at Anmol Network, having a multifaceted background ranging from the entertainment industry, corporate executive roles, and government campaigns. She has produced TEDx events and was an organizer of the COVID 19 Global Hackathon. She previously worked on the DLN blockchain project.