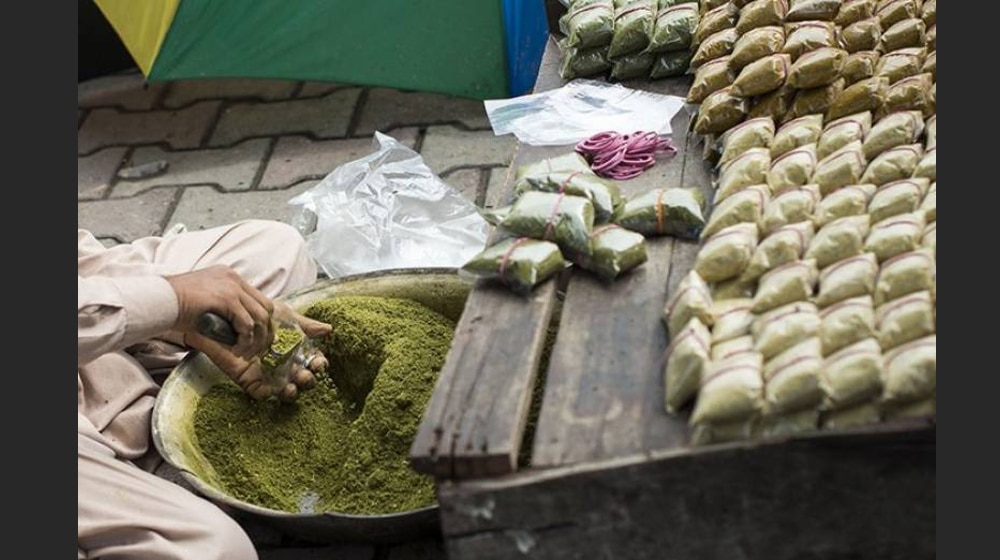 The Government of Khyber Pakhtunkhwa (KP) presented a budget of Rs. 1.332 trillion for the fiscal year 2022-2023 on Monday, which included an increase in the tobacco and naswar (snuff) tax across the province.

Naswar is widely used in KP on a daily basis. It is easily available throughout the province and particularly in the newly merged tribal districts.

According to a study published in the Oxford Journal of Public Health, naswar is smokeless tobacco (ST) that contains powdered tobacco, slaked lime, and indigo. Users either sniff it or place a pinch of it under their tongues or against the inside of their cheeks.

“It has a high pH and contains unionized nicotine and carcinogenic — likely to cause cancer — tobacco,” as per the study.